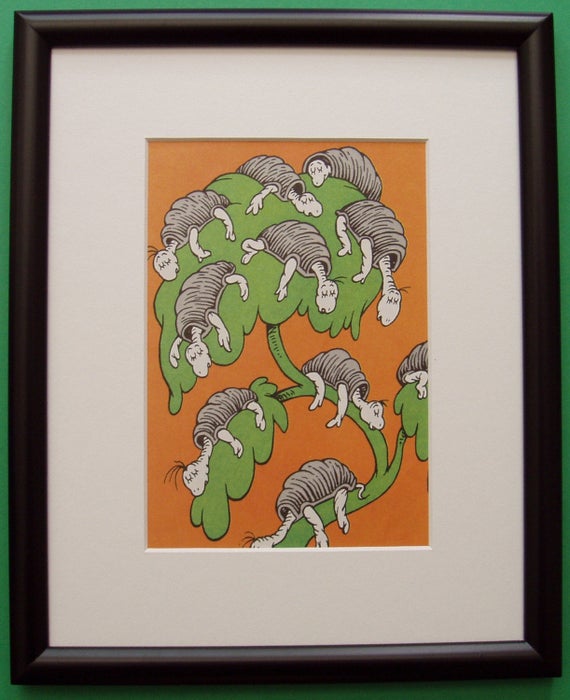 I begin today’s sermon with a question that has plagued humanity since time immemorial.

The incomparable poet, artist and cultural philosopher, Theodore Geisel, (who is more commonly known by his pseudonym Dr. Seuss), posed the question in this way:

What begins with T?

Every week I read several passages from the Bible.

These are the passages that are placed before me by the Revised Common Lectionary.

The lectionary – in case you don’t know – is the system that most Christian churches use to decide which scripture lessons will be read in church on which Sundays.

The lectionary includes at least five different passages: one from the Hebrew Bible – known to Christians as the “Old Testament”; at least one – sometimes two Psalms; a passage from Epistles; and finally, a Gospel lesson.

It is my job, each week, to read through these passages and decide which one I want to preach about.

Most often, I end up preaching about the Gospel.  There are two reasons for this – an institutional reason and a more personal reason.

Since this is a Christian church, I think it’s important, nourishing, and empowering for us, as an institution and a community, to carefully consider Jesus Christ’s example.

Personally, I just gravitate to the gospels because they are narrative in nature – they tell Jesus’ story – and, as you know, I am a person who thrives on narrative.

One of the things that I love about our shared Christian faith is this tendency that our religion has to gravitate toward story.

It is also that when Jesus himself tried to get important ideas across, he tended to use story – or parable – as his preferred mode of instruction.

This is perfect for me, both as a minister, and as a person because, as you know, weaving stories is just about my favorite thing to do…

I love the way the act of telling a story is an act of discovery, not only for the hearer, but also for the teller.

You may think you know the meaning of your story – until you tell it, and then you find out that it means something else entirely.

Put the same story away for a few years, and when you tell it again, it will contain within it an entirely new and altogether surprising truth.

Story has a way of getting at a dynamic kind of truth – a truth that has the ability to change, and be no less true.

This kind of truth does not have a capital letter in front of it.

But while the Gospels, at their core, are narratives of Christ’s life, the Bible as a whole is not limited to narrative form.  A rich literary tradition that was compiled over thousands of years, the Bible contains a vast array of different kinds of writing.

That’s one of the reasons the Lectionary is put together in the way that it is.

On any given Sunday, you might hear a narrative passage from the gospel; a letter or exhortation written by the Apostle Paul to an early church; a hymn of praise from the psalms; and proverb, lamentation, prophetic diatribe or recitation of laws from the Hebrew Bible.

And when we come to church, and here passages from the Bible read and interpreted, we become a part of the vast sweep of that tradition… applying the power of our minds, and the discernment of our hearts and spirits, to the project of making sense of ideas that we, as mortal creatures, have been wrestling with for millennia.

I think this is a profound and marvelous act…

But as marvelous as it is, this little/big is not without its terrible danger.

When you institutionalize a text – that is, when you build a building (and a community) around the idea that one book contains the truth, it is quite natural to begin to assume that everything that can be found in that book – in this case, the Bible – is true, because it can be found there.

This makes me nervous.

I think that little t truth is religious truth, because it contains the possibility of mystery.  Little t truth It has not made up its mind yet.

Big T truth is unyielding, like concrete or asphalt.

But have you ever noticed what frost does to asphalt?

Time and the elements are unkind to Big T truth… because Big T truth has no humility to guide it.

It is not religion.  It is ideology. And all ideology passes and is gone, like a summer afternoon rainstorm.

Everytime I look at a passage from scripture I find myself in the land of Big T and little t.

When this happens I wonder if I am a good Christian.

Today’s Hebrew Bible passage from the 30th chapter of Deuteronomy is a good example.  This passage concludes with the famous lines that are God’s affirmation life: “Choose life…” God says “so that you and your descendants may live…”

I can go along with that!

But the famous “choose life” conclusion follows on the heels of  a bunch of curses that God threatens to inflict on us if we don’t obey.

…if your heart turns away and you do not hear, but are led astray to bow down to other gods and serve them, I declare to you today that you shall perish;

Why would God act like that?  Are we to think of God as the great bargainer of souls?  Does God put fine print in the contracts of our destinies?

I believe – I want to believe in the possibility of unconditional love – a love that has no ifs.

I am devoted to a religion that gravitates toward love – not one that is built on threats.

So my belief, as a religious person, goes directly against something that is stated in the book that I call holy.

Does that make me a bad Christian?

What does it mean to be a Christian?

What does it mean to be a person of faith? 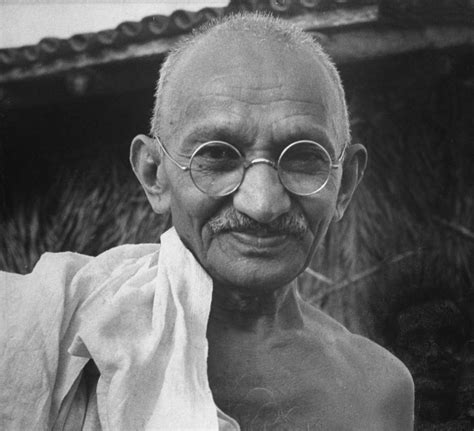 I don’t think that we can be expected to swallow everything in the Bible without chewing it.

Mohandas Gandhi, the great non-violent revolutionary who led India’s struggle for independence, had something to say about this:

“I do claim, Gandhi said, to know and feel the truths of the essential teaching of the scriptures. I decline to be bound by any interpretation, however learned it may be, if it is repugnant to reason or moral sense.”

It is a mistake to think that to be a person of faith, one must uncritically accept everything that is the Bible, simply because it is in the Bible.   The power to examine an idea against the strength of our minds, and the vulnerabilities of our hearts – is a power that is God given, and should not be lightly dismissed.

And lest we think that a personage on the scale of Mahatma Gandhi is not impressive enough of an authority to pay attention to in this regard, it turns out there is another rather impressive guy whose words and actions offer a precedent for the notion challenging the Big T truth of scripture.

In today’s reading from the gospel of Matthew, Jesus goes on a lengthy diatribe that is built upon a repeated construction that begins:

“You have heard that it was said…”

And then shifts to…

Jesus Christ (whose name, I just realized, end with a little t) was himself, a person who re-interpreted scripture in order to make it into a more dynamic little t truth for his time.

So… in conclusion… let us return to, and re-interpret the question that got us into this mess in the first place…

What ends with a little t?