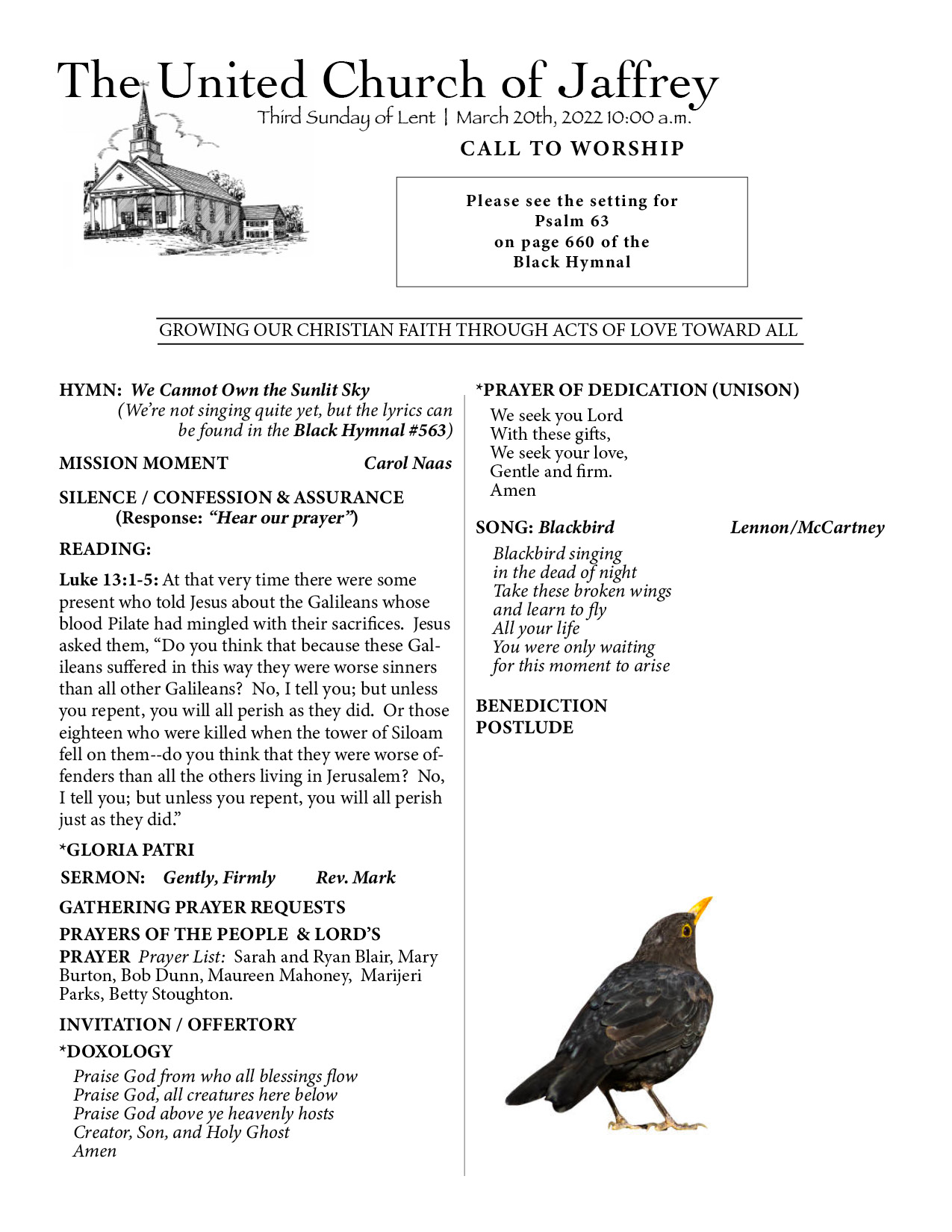 On Saturday morning, before dawn, all the inhabitants of 7 Greenfield Rd, in Turners Falls, Massachusetts were awakened by a frightening sound…

Cary sprang out of bed.  She turned the light on in the hall.

One of our cats had caught a red wine blackbird and dragged it inside.  Cary clapped her hands to scare away the cat, and the bird, left alone in the corner, ceased its desperate crying.

I managed to get the blackbird onto a dustpan.  I felt the tremor of that little life as I gently but firmly held it in place with the hand broom.  I was still in my pajamas, of course, and in my eagerness to get outside, I’d not bothered to slip anything onto my feet, so I soon I found myself barefoot in the pre-dawn darkness of my backyard, in the midst of a thick mist that was in the act of gathering itself into rain.  I removed the pressure of the hand broom, and the blackbird, with one wild cry, leapt into the air and took off over the roof and into the sky.

But that cry, and that flight – ahh, it was beautiful.

I looked after it, to where it had disappeared into the darkness.

Alive to that little life.

Alive to the early spring rain chilling the soles of my feet.

The scripture lesson that we have just heard, from the thirteenth chapter of Luke’s gospel, is a rather gruesome one.  I’ve preached on this passage from this pulpit before, but I think deserves more consideration.

The first thing to note is that Jesus makes a move that should be quite familiar to you – he uses current events as a way to speak about eternal spiritual concerns.  The gruesome mood of this passage is a result of the painful nature of the two events to which he refers: the first is the murder of some Galileans who were killed while they were in the act of giving sacrifices to God, and the second is the death of 18 people wh were crushed in the collapse of a building – the tower of Siloam.

In my previous sermon I identified a crucial difference between these two events – the first event was a premeditated act of violence perpetrated by Pilate – the Roman governor who ruled in Judea during Jesus’ lifetime.  The second event, the collapse of a tower, was more akin to a natural disaster – it was not planned by someone, it just happened.

Though the two stories differ in this important way, Jesus challenges his listeners to apply the same question to both:

“Do you think,”  he asks, “that because these Galileans suffered in this way they were worse sinners than all other Galileans?

In other words, did these people who died in these events – the ones who were murdered, and the victims of the collapsing building – were they bad people?  Did they deserve to die?

Do you see why this is an important question?  If the answer to this question is “yes” – then both events can be understood to be forms of divine judgment.

There can be no doubt that the mortal destiny of each and every one of us gathered in this small church today is at stake in the answer to this question.  If the one who created the universe is willing to use natural disaster to punish us for our actions, then each thunderstorm is a mortal threat.  Worse, if God is willing to conspire with bad people to use their evil intentions to inflict punishment, then each of the missiles currently crushing civilian neighborhoods in Mariupol could be considered an act of God.

So, what is the answer to this question?

Jesus kind of gives us a straight answer, and kind of doesn’t.  He says:

No, I tell you; but unless you repent, you will all perish as they did.

So the answer to the question is “No” – the people who died in these two events were not “worse sinners than all other Galileans…”  They did not deserve to die.  God did not use the natural disaster or the evil intentions of a bad man to punish them.

Great!  That’s the answer I was hoping for.

But just when Jesus gives us something with his right hand, he takes it away again with his left…  What does he mean when he says “but unless you repent, you will all perish as they did.”

Jesus seems to take God out of the equation – God won’t kill you, but you may perish anyway.

You may perish unless…

Here we are with that “fire and brimstone” word again.

As I get warmed up about the word “repent” you may recognize the previous sermon I preached about this scripture, because this unfortunate word is the topic of one of my favorite rants…

When the word “repent” falls on our ears, we hear a word that has accumulated hundreds of years of baggage.

For us, the word “repent” overflows with self-righteousness.  It is a word that points its boney finger at you and proclaims judgment over you:

“you don’t deserve to be loved…”

“you are really in for it now…”

But…. as it turns out, Jesus had no intention of saying any of these things.  The word that our Bibles have translated into the word “repent” is the Greek word “metanoia” which can be more accurately translated as “A deep, spiritual transformation.”

When the Bible reports Jesus saying…

“unless you repent, you will all perish as they did.”

But if Jesus were to say:

…unless you experience a deep spiritual transformation, you will all perish as they did…

it feels, to me, at least, that he is not passing judgment so much as telling us that transformation is a matter of crucial spiritual importance.

From what to what?

Jesus does not tell us.

We could be forgiven, I think, if we got a bit peeved at Jesus.  He has led us to water, but not let us drink.

Or perhaps he has!

Perhaps the nature of the transformation is not the point.  Perhaps  it is enough simply to say: “you must be transformed.”

we could take it another step backward and say that being willing to be transformed is itself a spiritual state of being.

The deeply sinful war that is being executed in front of our eyes these last few weeks is a perfect case in point of this last assertion.  What is more sinful than the pride of an individual who, blinded by power, refuses to listen, does not have ears to hear the call for compassion and love.  For Vladimir Putin, the tragedy of his soul is that he has lost the possibility of transformation.

Our God does not define for us the nature of the transformation we must experience.  Our God merely insists that our souls be open to the possibility of transformation.  Our God holds our trembling lives, gently but firmly, leading us, barefoot, to the backyard, to set us free.