To hear this sermon as preached in the parking lot, press play below. 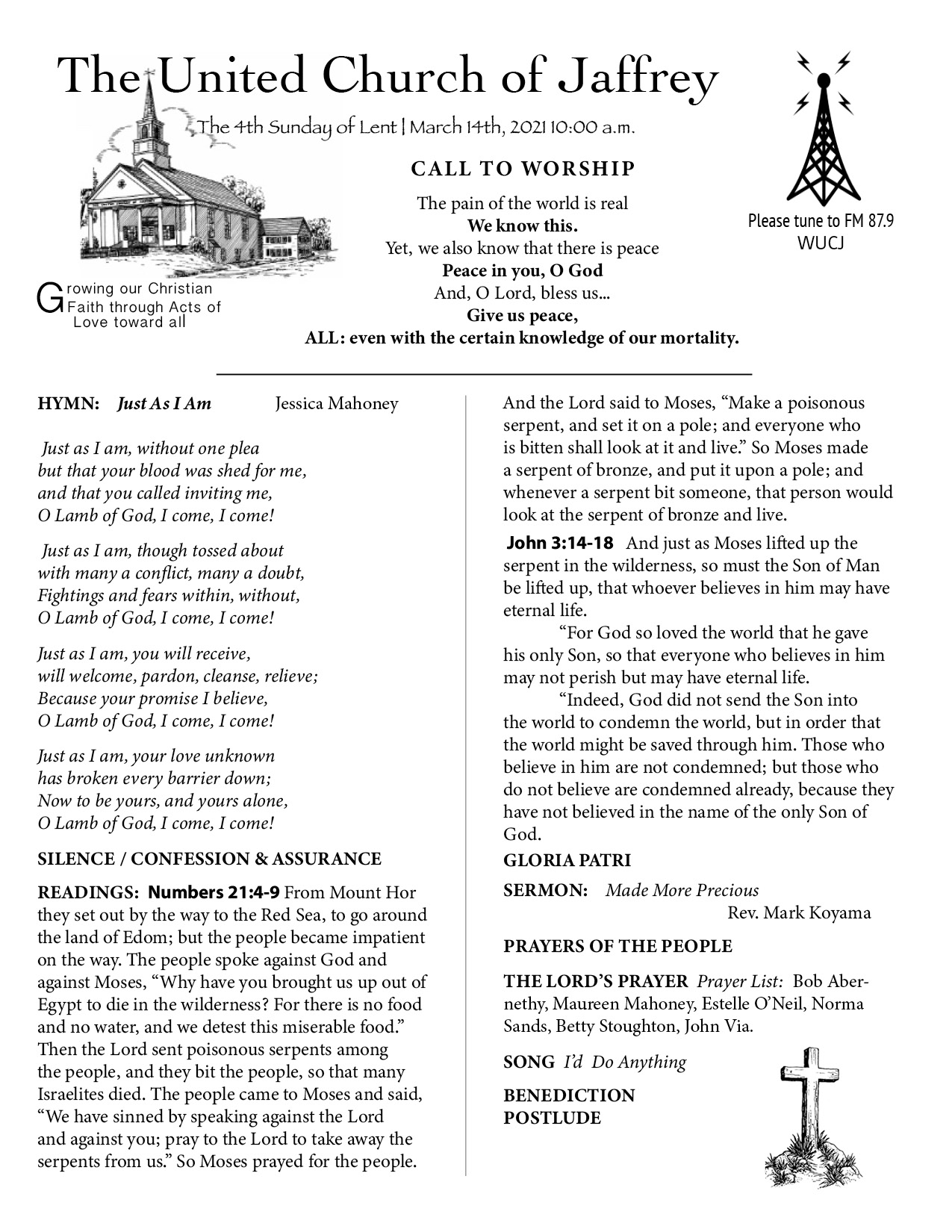 One day, one of my students came up to me at the end of ethics class …

“Have you ever heard of a book called “Tuesdays with Morrie?” she asked.

“Never heard of it” I said.

“Well you should read it,” she said, “it’s all about ethics.”

“Yes,” she said brightly. But then she frowned a litte: “Actually,” she said, “it was kind of sad… But I really enjoyed it anyway.”

That was all she had to say.  If there’s a book out there that addresses ethical questions that a 17 year old “really enjoys” I clearly need to know about it.

I popped open my laptop and bought the book on Audible.  I was listening to it in the car on my way home.

This book is a memoir written from the point of view of a young man who learns that his beloved college professor is dying.  When he goes to visit the old man, it is soon clear that one visit isn’t going to cut it for either of them.  The younger man, Mitch, returns every Tuesday, and Morrie, the dying man, presides over the last class he will ever teach — an intimate discourse on the BIG concerns that every human wonders about.

Dying, it turns out, is not just a process that living people go through.  It’s a totally different way of being in the world.  Morrie has plenty to say about all of this, and since he’s been a teacher forever, he’s not shy about saying it.

Morrie liked to make up little aphorisms.  He wasn’t exactly a poet — but he was on to something!  One of Morrie’s aphorisms goes like this:

John 3:16 has been embraced by Evangelical Christians as a kind of one-verse-summary of Christianity, and so there was a time when you might see signs that just said: “John 3:16” posted like a yard sign on the side of the road, or being held up for the TV cameras at big athletic events.

The idea, I think, was that someone might go home and look up the verse and be converted on the spot.

For God so loved the world that he gave his only Son, so that everyone who believes in him may not perish but may have eternal life.

Evangelicals who placed great faith in this verse did not do so in vain.  There is, indeed, deep Christian theology to be found here.

The verse tells of a God who is not indifferent to our plight, but rather actively loves the world.

The verse affirms Christ is the son of this loving God — none other than the Messiah.

The verse suggests that when God gave this son to the world, this proved beyond any doubt that God loves us.  If God loved us less, perhaps God would have given us something less beloved — a second cousin, perhaps,or a cantankerous rooster.

I’m being silly but the point is undeniable — the strength of God’s love is directly proportional to the preciousness of what is given, and it is clear that, in this passage at least, the most precious thing of all is an “only son.”

God’s love is also proven by the clear implication, in this verse, that God must’ve known what a sketchy proposition it was — at least for the well-being of the son — to “give” him to us.

The gift was actually more of a sacrifice.

A sacrifice of the most precious thing.

Scholars call this strain of Christian theology the “Ransom Theory of Atonement.”   In this theology, God created a perfect world, but we brought about sin through our disobedience, and so, in order to bring balance back, God had to sacrifice a perfect, sinless being, whose precious blood, shed on the cross, paid the debt that we incurred  and, through this grand cosmological transaction, gave us the chance to be saved.  All we need to do to claim this salvation “believe in him.”

This theology makes me shudder.  As a father, myself, the whole notion of giving away my beloved son is abhorrent.  And if I, the father, know the people I am about to give my beloved child to are likely to subject him to acts of unspeakable violence– well that, of course, makes the whole thing much worse.  Who would knowingly give their son to a murderer who came knocking on the door?   Excuse me, but how is that an act of love, for either the son, or the murderer?  How does enabling a murderer to murder, save the murderer?  And what does it do to my son?

As a son, I must say, I am obliged to my father that he did not give me away to become the victim of horrible violence.  My dad would never have done such a thing.  He was not an abusive parent.

And, sorry, I’m afraid I’m not done bellyaching about this passage.

To set up this famous verse, John invokes a story about Moses, who, at God’s request, holds up a bronze snake, so that anyone who looks upon it, can be cured.

This story has a kind of magical quality to it.  If you are dying, just look at a bronze snake on the end of a pole, and you will live.  John actually likens Christ to that bronze snake — giving further credence to a kind of “magical thinking” theology.

To have eternal life all you have to do is turn to Jesus.  That’s it.  Believe and you will be saved.  It’s like magic.  There’s nothing to it.

Really?  Is it that easy?

That would be nice wouldn’t it?  Religion would not require anything of you.  You wouldn’t have to do anything inconvenient or troublesome.

You wouldn’t have to feed the hungry.

You wouldn’t have to insist on justice.

You wouldn’t have to grow in faith through acts of love.

You?  Well… you are not my problem…

Wow Reverend Mark, when you put it that way, Christian theology is all abusive parenting and magical thinking.  What are you doing up there in the pulpit?

But that’s only one way to look at Christianity.

That’s only one way to look at this verse.

I’m hoping that our friend Morrie, from the beginning of today’s sermon, can help us with his aphorism, which, you will recall, went like this:

What did Morrie mean by this?

It seems counter-intuitive.  We have been taught that death and life are opposites, but Morrie seems to suggest that death holds within it a secret that makes life better.

Dying is not living.

Living is a process that assumes tomorrow.

Dying is a process that can no longer assume tomorrow.  Death says, “tomorrow?” Maybe. Maybe not.

Morrie shows us that dying is the most achingly beautiful time of life.

We catch a glimpse of this intensity at dusk on those clear autumn days, here in the north country, when the dying year falls in shadows through the boughs of the trees, and all life is deepened by the rustle of leaves and the inevitable, mysterious touch of loss.

Living is often about survival.

But dying introduces a new idea — the end of our fragile ego.

And when me stops being important — we becomes everything.

The rich are the same as the poor.  You can’t drive to heaven in a sports car.

You get to heaven holding the hands of your loved ones.  You reach heaven in the hearts of your family and friends.

And so, I think, God’s son became most precious when he came into the sway of death.

God’s son became one of us.

God’s son, now mortal, was all the more precious.  All the more loved.

When I read this verse, I do not see God using Jesus as a currency in a transaction that resolves the logistical imbalance of the world’s sin and redemption.

I don’t recognize such an officious, red-tape loving petty bureaucrat of a God.

I see another God.

A God who understands our nature — our vulnerable mortality; our need to love and to give love, within the fragile frame of time we are given under the moon.

A God who, creating, knowing and loving us, let love wander among us, occupying, for a brief time, our body, our pain, our beauty, our death.

God was made more precious by being, like us, a creature of love, a fragile soul set within the veil of time.