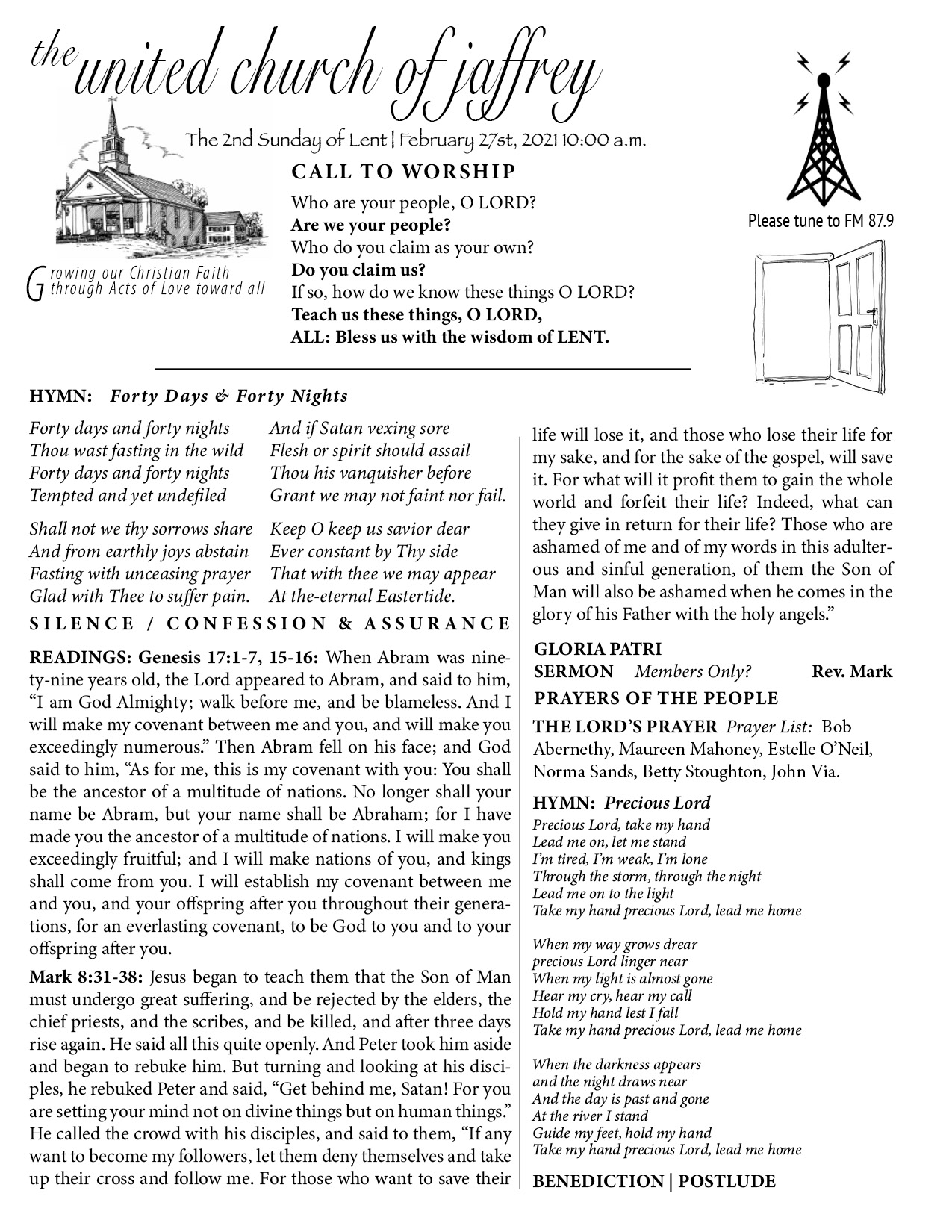 There is a television commercial from the 1970’s that has been lodged in my grey matter, using up valuable brain cells for all these decades.  As I begin this sermon today, it seems to have finally earned its keep.  As cheesy as it is, the commercial serves as a good illustration for something that troubles me, and wants attention.

A young man approaches the entrance to an exclusive club.  He knocks on  the door, whereupon a small window in the door slides open, and a stylish looking concierge peeks out at him.  This imposing personage takes-in the newcomer, sizing him up, as it were, and it is soon clear he doesn’t like what he sees.  With a disapproving scowl, making no attempt to hide his disdain, the gatekeeper says two words:

Next, the window in the door slides closed, the door remains implacably shut, and the hapless fellow slumps away looking dejected and more than a little unkempt.

Next, the scene repeats — scenario is exactly the same, except that the young hopeful now looks a good deal more dapper.  As he knocks on the door, he can be seen pulling at his collar with a confident smile.  And, voila, when the window in the door slides open, the same concierge, after a brief glance, welcomes the man with a bow!  The commercial, it is now revealed, is for a brand of clothes that is called Members Only.

If you want to be a member, wear Members Only clothes.

This line of clothing will solve all of your problems of alienation.  Put on this members only jacket, and you will be accepted!

Even as a kid, the message was clear to me.  Some people are members.  Others are not.  You better be part of the club.

But even though the message was clear, I can tell you that I really detested it!

I was kind of a dumpy kid myself, you see, and so I knew what it was like to feel uncool.

I hated the way the concierge excluded the other guy just because he was wearing crappy clothes!  So what!  I may have been a kid, but I knew that was stupid!  It was phony!

This was my dumpy kid intuition, and I knew that even though I was uncool, I was right.

But that made it all worse, because in spite of my conviction, I also had to acknowledge that the commercial made some real, and canny observations about human existence.

For example — do you notice how the most phony person in the story was also the person who has all the power.

There is some real truth to that!  What a drag!

But that’s not the worst thing!  The worst thing about that commercial was also true… and a real indictment of humanity…

The worst thing was that, in order to be a member of the club, the newcomer had to become stupid and phony too!

Ugh!  Is this really the way it is?

School was kind of like that.   But was life really going to turn out that way…

That would be fine if you were in the club, but if you were standing outside, wearing the wrong clothes…

That would really stink.

This members only problem that I have illustrated may have been one of the reasons why I spent half of my life feeling positively allergic to Christianity.

Not just Christianity, but religion in general.

No matter where you go in the world, people get uppity about how their God has chosen them as special, and the rest of you are out in the cold…

The Bible, of course, is no exception.  It’s full of the Members only attitude.

In the passage from Genesis that we heard a few moments ago, God has a kind of members only conversation with Abram.

“…walk before me, and be blameless. God says to Abram, And I will make my covenant between me and you, and will make you exceedingly numerous.”

After giving Abram a new name, God goes on to say:

I will make you exceedingly fruitful; and I will make nations of you, and kings shall come from you. I will establish my covenant between me and you, and your offspring after you throughout their generations…

I don’t think it would be overstating it to say that this passage is the origin story, not only of Israel, but all of the Abrahamic religions — Judaism, Christianity, and Islam.

All three of the world’s great monotheistic traditions draw their lineage back to Abraham — and this is the moment when Abraham was chosen.

Abraham, and all his descendants, will be the chosen people.

And how does it feel to be the not chosen people?

Not chosen by God.

It feels great to be chosen by God.

But it feels pretty bad to be the not chosen people.

For a long time this structural unfairness — this built in preference on God’s part, made me feel bad about religion.

I felt a lot more comfortable being on the outside, because there, at least, I felt like I still had some integrity — I didn’t have to wear the right clothes or state the proper creed in order to fit in.  I could be myself and, even if I wasn’t part of the club, that was OK with me.

But something changed when my father died.

I’ve preached about this before… that grief confronted me with the reality that I wasn’t entirely sufficient by myself.   I couldn’t just assume that my position, on the outside, was all there was.  I had to admit that I needed help.  I needed other people to help me with this new mystery.

And when I looked again at the story of Jesus, I discovered in him, another person who suffered.  Another person — much wiser than myself —  who encountered mystery.

In today’s lesson from Mark’s gospel, for example, we encounter a kind of testy Jesus.

The people gathered around Jesus know that Jesus is something very special.

They believe that they are in the presence of the Messiah!  The culmination of prophecy — the hope of Israel!

These people are feeling good about things.

They have made it in the door…

They are in the right club.

But what does the messiah tell them?

He does not tell them what to wear.

One thing’s for sure, Jesus is not a phony!

He does not tell them that their troubles are over.

Instead he tells them that Messiah himself will be arrested and killed, and that he will then be raised up.

What kind of thing is this to say about the Messiah?

What kind of club is this anyway?

This isn’t that kind of club — the phony club that pretends to make everything better.

If you want to be a part of this club, then you have to accept suffering.

You have to take up your cross, and follow Jesus.

It’s not an exclusive luxurious spot to sip Martini’s in the afternoon.

Christianity is not “happy hour.”

This is not a club that makes everything better.

Religion is not a club.

We are a people who acknowledge that love is real, and that living according to this acknowledgment is not easy…