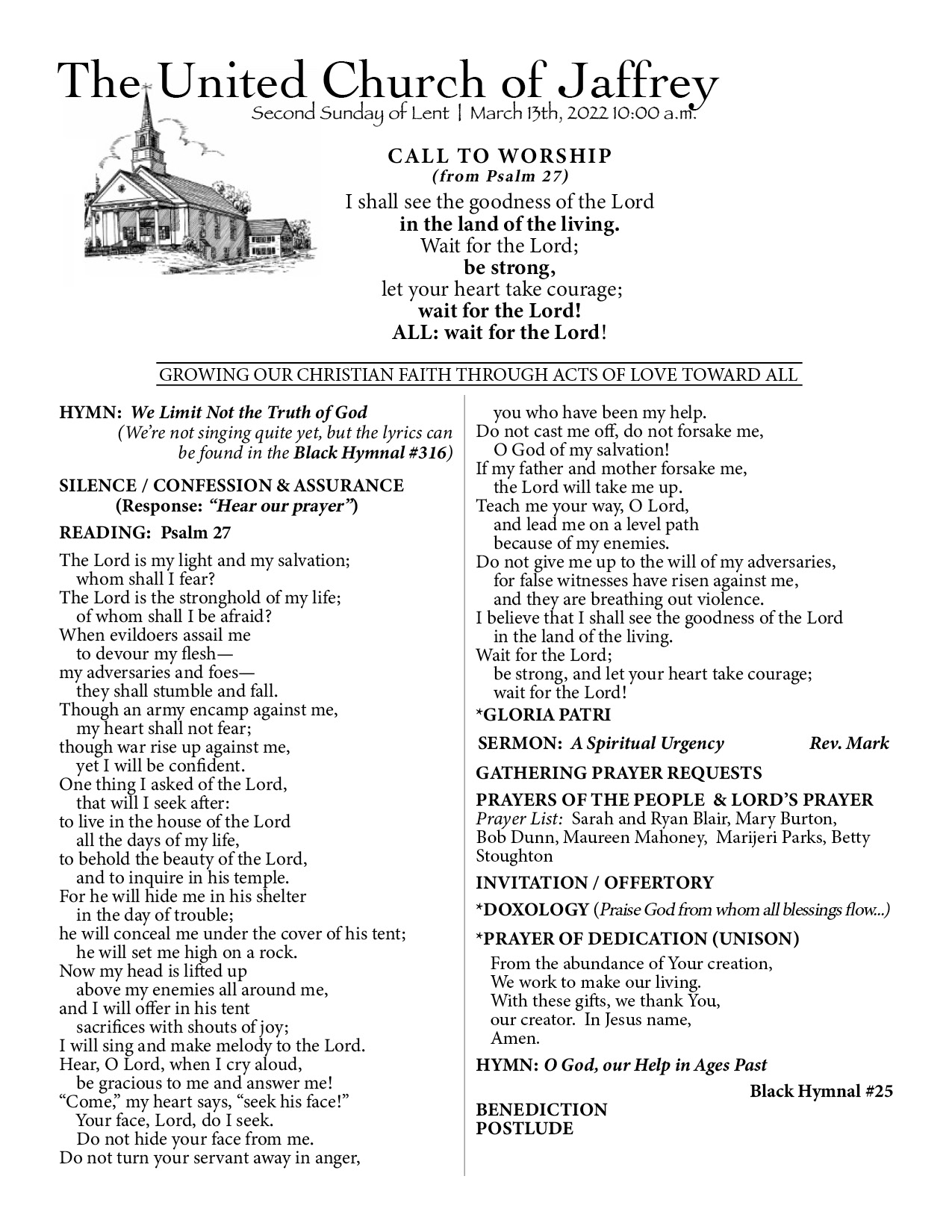 If Imay, I would like to take the opportunity, this morning, to ruminate, a little, upon some of the ideas that came up in our book discussion on Friday.

The book that we are reading is by a famous theologian named Walter Brueggemann and it is entitled: Praying the Psalms.  It must be said that, so far at least, the book has not met with universal approval.  Some folks are not that crazy about it.  However, I hope you don’t mind if I take one of the ideas that we discussed on Friday, and see where it takes us.

Brueggemann says that the crucial thing to remember when we read the psalms, is that in their essence, the psalms are human speech.

The psalms do not record God’s words directed at us.

They are not a history of our relationship with God.

The psalms are human words.

To be sure, though, they are not just any human words!

They are significant human words…  The psalms are words that we humans chose to employ when we called out to the ultimate – to God.

If you accept this idea, though, it may not be long before you raise an objection.

The psalms may be human voices crying out to God, but are they our voices.  The psalms, it must be said, are the supplications of a very specific people: the Jews of Antiquity.  If, as scholars believe, the psalms were used for liturgical purposes in Solomon’s temple – before the Babylonians destroyed that temple in 586 BC  – we can fairly safely assume that this body of literature has been in active use for more than 2600 years.

To put that number into perspective – you can multiply the 246 year history of the United States of America by 10, and still have more than a century to spare.

Looking that far back in time, we are immediately confronted with the realization that human life itself would be almost unrecognizable to us.  All the things that we take for granted – normal things like electricity, medical science, the internal combustion engine, the printing press – all of these things wouldn’t come along for centuries – in most cases, millennia.  They had clothes and shelter and agriculture and language but access to these things were by no means guaranteed.  They didn’t even know about germ theory.  Life expectancy was short.

With regard to us, then, it is easy to dismiss the psalms as a body of literature that has no relevance to us.  And let’s not kid ourselves – that is exactly the opinion that the majority of people these days would probably have if they bothered to even consider the question.

And yet the case can be made – I don’t think it’s a logical case really, as much as a spiritual case – that in spite of their extraordinary vintage, the psalms continue to be of profound value to you and me.

To do so, let’s return to the basic governing idea that the psalms are human speech that is directed to God. When you let this sink into the old noodle a little bit something interesting appears.

If we think about where the speech is directed – that is – to God we must admit right away that we know next to nothing about who or what is receiving this speech.  We can only speculate.

If, on the other hand, if you consider where the speech is coming from we can all – each and every one of us – claim to know a great deal.

We know almost nothing about the holy one. But we all know quite a bit about what it feels like to be human.

This truth – that all humans inherit and are privy to the same deep understanding of what it means to live a human life – this truth is at the core of all art and is most certainly at the core of the psalms.

From this assertion we can affirm, without question, that if we try, we will have no difficulty recognizing the urgency that lies at the core of the psalms.

We can experience the psalm, as it were, on two levels. The first of these levels is the intellectual level, in which the reader deciphers the ideas expressed when the words of the psalm line up to create clauses of meaning.  This level is easy to dismiss because it likely refers to realities that, millennia later, no longer lean on us.

The second level experiencing the psalm is more interesting.  This is the spiritual encounter with the psalm – the encounter that is governed not by the intellect, but by the soul.  This happens when we abandon the need to focus on the meaning of the psalm, and instead, give ourselves over to the urgencies expressed there.

Because that, I think, is what the psalms are – a collection of urgent expressions.

So what is the urgency that lies beneath Psalm number 27?

When a human soul is confronted with the threat of annihilation, that human soul experiences an urgent need to seek a safe haven.

Can we then suppose, that in these moments of profound fear, that God becomes understood in terms of the urgent need?

When the mortar fire destroys civilian neighborhoods, is God the urgent need for shelter?

When your child is starving, is God the urgent need for the mothers breast?

When the bombed out pharmacy no longer has the ability to provide medication, is God the urgent need for a miraculous delivery of insulin?

If we think about God in this way, God becomes very much a part of the texture of our lives.

In this way of thinking, God is not over there somewhere, but God is right here.

God is in the rhythm of your breath as you bring air into the lungs.

God is in the involuntary contraction of the heart as it pushes blood so that it courses through the body.

Every human soul that is alive, knows what urgency feels like.

Every human soul knows, intimately, that moment when you try to your catch your breath or when you are parched and you need a drink of water.

And so perhaps, every human being, by virtue of having a human soul, knows a great deal about God.

I think, this morning, about my father, who as a 14-year-old boy stood looking out over a barren wasteland that, the day before had been the city of Tokyo.  I think of that boy looking out over the smoldering charred remains of the only world he had ever known, and I recognize that when he saw the sun rising and discovered himself alive that moment – that was a moment of spiritual urgency.

My father spent the rest of his life trying to come to some kind of reckoning with that crucial moment of spiritual urgency.

I think this morning about the photograph that we all saw, this week, of the pregnant woman being carried out of the maternity hospital in the Ukraine that had just been hit by a bomb.

That was a moment of spiritual urgency.

Is it possible to imagine a moment more urgent and more fearful than this? Or a woman who is already in extremity, pushed to the farthest intensity imaginable for a woman and then to be in a building that is hit by a bomb! I do not think it is possible to make up a scenario more extreme than this.

What is the spiritual urgency that the human soul expresses in such a moment?

The urgent need for safety.

The urgent need for peace.

The urgent need, for the world to finally recognize the sheer madness, and utter wasteful stupidity of war.

These, O Lord, are the urgent needs of our human souls.

And they are the urgent needs of our human souls, today.