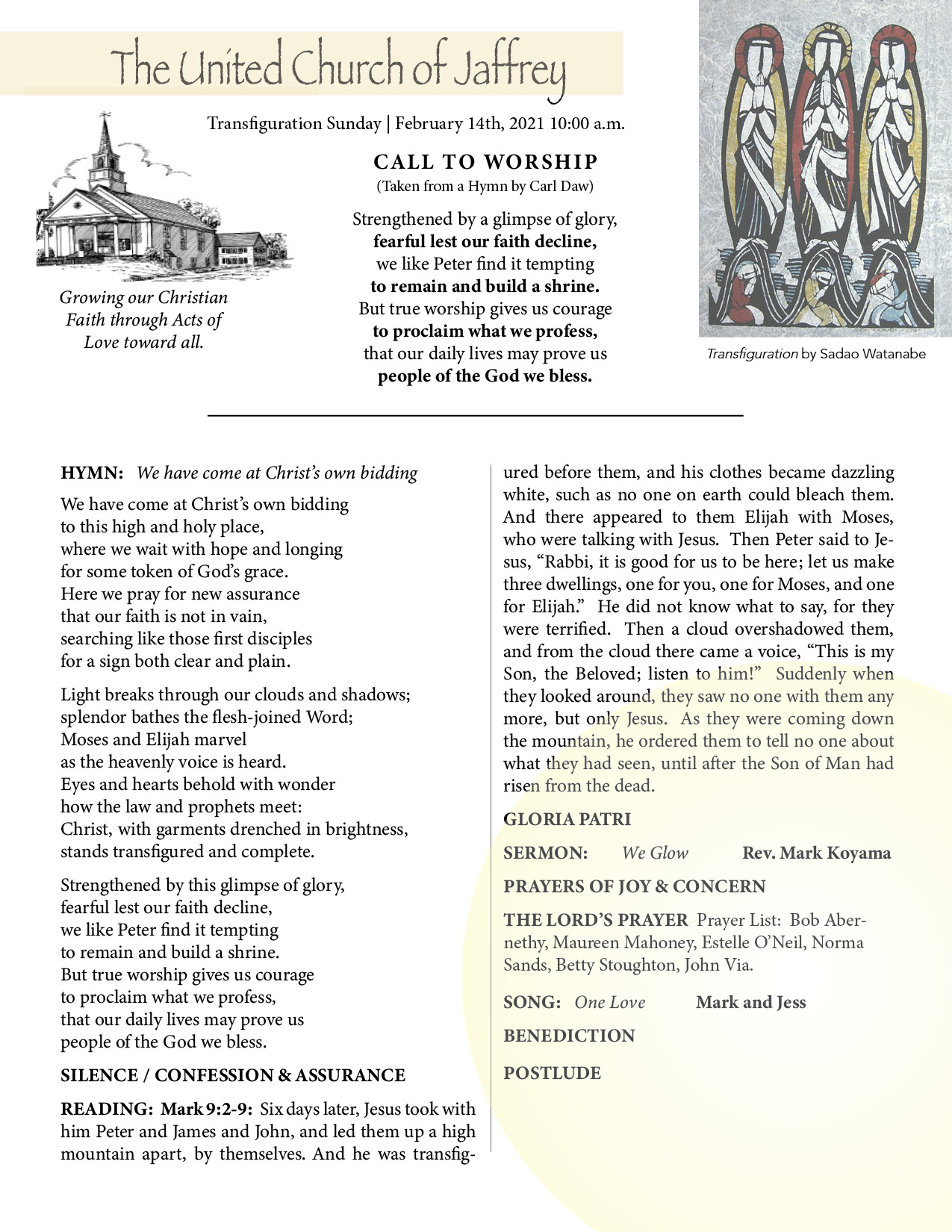 One of my first great loves was my friend Phil Newman’s grandmother, Edna.

I was fifteen and I think she was probably in her early eighties.

She lived across the street from Phil, so whenever I was over at Phil’s place (which was often), I went over to see her.  I couldn’t resist.

“Phil can we go visit Nan?”

When I knocked on her door, she would welcome me with an oversized flourish of delight, usher me into her sitting room and begin plying me with questions.

To say that she was one of my first great loves sounds weird, because, of course, I didn’t love her that way.

But to tell you the truth, I loved her in about every other way.

She recognized me, as few people had ever done before.

When she paid attention to what I said to her, it was like a revelation, a new thing that hadn’t happened to me before.  Everyone else’s attention was partial.  Distracted.

In spite of all her years, she was beautiful, with an impish-mischievous smile and a twinkle in her eye.

I think if you look up “Twinkle” in the dictionary, you’d find a picture of Nan’s eyes.

Nan knew that I was a writer.  She understood, without having to be told, that I had to write; that for me, it was like breathing.  She knew, I think, that this made me a vulnerable kid, so when I slowly started showing her my poems and my journal entries, which were filled with the awkward existential circumlocutions of youth, she treated them as if each was a little gem to be admired.  She held them gingerly — looked into their depths, observed their many reflections.  She seemed to understand everything that I was trying to get at — even though I was a confused 15 year-old kid, and she was an old lady, near the end of her life.

Though my writing probably didn’t deserve it, I saw, from her reaction, that it was possible to connect with people through this heart wrenching process of writing.  It was worth it!   She knew I needed to believe this, and I think she felt honored to give me that gift.

And so it was that Nan — an impish old lady in a little brownstone in Hoboken New Jersey, showed me a path up the mountain.

She made it possible for me to be who I have become, standing before you today.

She illuminated me from within.

She gave me a kind of love that made me glow.

Today, in the Christian church, we celebrate Transfiguration.

In the story of the transfiguration — the one I just read from the gospel of Mark — Jesus takes three of his disciples — Peter, John and James — and ascends a nearby mountain.

The disciples are afraid.

Two of the most important people of the Jewish tradition — Moses and Elijah — show up.

“This is my son, the beloved, listen to him.”

In the thousands of years of Christian tradition this story has taken on many meanings.  One meaning is that, in this moment, Jesus became fully divine.

He was filled with love that illuminated him, from within.

I cannot tell you his real name, so I will call him T.

T lived across the street.

He first started showing up with the crew of kids that my son brought barrelling into the house on hot summer days.

“Wo!  Guys! … There’s mud all over your shoes!  Take em off before you come in please!”

T was the only black kid in the neighborhood.  I never got the full story, but he was a foster kid, placed with the lady across the street.

They could often be seen play-fighting out in the backyard, or sitting on the bannister of the front steps, methodically working their ways through a couple of popsicles.

T was quiet, shy and wonderfully polite around me — Silas’ Dad — but he knew how to stand up for himself among his peers.  He had no difficulty becoming a key figure among the local band of street urchins, and since he and Silas were so tight, he started just coming over…

Around dinner time, we’d get a phone call…

“Is T over there?  Could you send him home for dinner?”

“We’re having hot dogs, and T wants to stay, is that alright with you?”

Quite naturally, that beautiful thing happened, in which our front door was no longer something closed, but something open.

Our hearts too, were open.

Our hearts were growing.

We were climbing up the mountain.

When T’s foster mom wanted to go to visit her aging mom, out west, she reached out to us, and asked us if we could be her respite foster parent’s during her trip.  We happily agreed.  We got fingerprinted, background checked and interviewed by DCF.  For two summers, T lived with us during the long hot month of August.

These were wonderful times for Cary and I.

But it was harder for Silas, who was confused by the whole thing.  Silas and T started to fight more in earnest, each of them retreating to their own corners of the backseat of the car, my other son, confused, sitting between them.  I could see what was going on with my mind, but my heart, too, was confused.  T was such a beautiful, gentle kid.  Innocent, strong, vulnerable, beautiful, hurting.

All at same time.

One summer day, a neighbor hired a band and had a party.  We were all invited.  These folks had the only in-ground pool anywhere around, so naturally, all the kids were excited.

Things were going swimmingly, so to speak, until suddenly there was a cry.

Someone came running up to me.

“Are you responsible for that black kid?”

“Yes,” I said..
T, who had been fooling around near the edge of the pool, had slipped and hit his head.  There was a lot of blood.

I applied pressure to the wound and took T home.

We thought about taking him to the ER, but thankfully we have Cary who is a medical professional, and took care of the situation with as little drama as possible

But head wounds bleed a lot.

I held T as Cary tended to him.  He was perfectly quiet in my arms.  Slow alligator tears fell from his eyes.

T and I never really had a direct relationship that could be named.  We were not friends.  He was not my son.  Except for that one moment, when we treated his wound, I never even touched him — I was not allowed to.

And yet… when I think of people who I have loved, this young man appears in my mind.

Appears in my heart.

He opened something in me.   A new way to love…

He illuminated me from within…

He made me glow…

I think the English language needs more words for love.

There are as many ways to love, as there are people on this planet… and we need to ne able to name these kinds of love, so that we can own them without shame.

One Sunday I preached about standing on my roof and looking down.  After services Sandi Carland pointed at me like she was about to pin me to the wall of the church.

“You!” she said, just about scaring the pants off me… “you are the only one in the world who could turn the fear-of-heights into a spiritual experience!”  A smile slowly came across her face as she saw that she had genuinely frightened me.  “Nice job, kid!”

One day after a book group, I think, I stood at the top of the stairs while Sarah helped her Father, Dick Ellis, ride the chair lift down the stairs.  I walked down to join them, and Dick tarried on the chair lift while we spoke.  Dick’s eyes teared up.

“I wept when Reverend Chris left,” he said, “but now I weep for joy that you are here with us.”

With those words, as you can well imagine, I too wept.

I was one of the few people who had the privilege of visiting with Archie during the last days of his life.  I sometimes wish my position as a minister did not give me such an incredible privilege, because I never think I am sufficiently equipped to really help.  I choose not to depend upon the worn out phrases that minister’s often say in such situations “It is God’s will” and the like… Those words seem to mean very little, and I cannot imagine they help anyone.  But without them I find myself speechless before the awesome profundity of the moment.  And that seems equally unhelpful.

In such moments, remember what Nan taught me — listen, Mark, just listen with your whole soul.

Archie was conscious, but he could not put together a full sentence.  He repeated words.

I held his hand in the quiet beautiful house where he’d lived his incredible life with Helen and their kids.

After a while, I squeezed his hand and told him what he surely already knew — that we all loved him very much,

And then I said the Lord’s prayer.

If I could go back to that day, I know what I would tell him.

I would tell him that he illuminated us.

Made us all glow.

As it turns out, my beloved people, today is a very special day.

It is not only Transfiguration Sunday.

Today is the first time since I have been your minister, here at the United Church of Jaffrey, that Valentine’s Day has happened on a Sunday.

My dear brothers and sisters in Christ,

We are all climbing up a mountain,

We do this together…

We are illuminated from within.

So let me say to all of you…