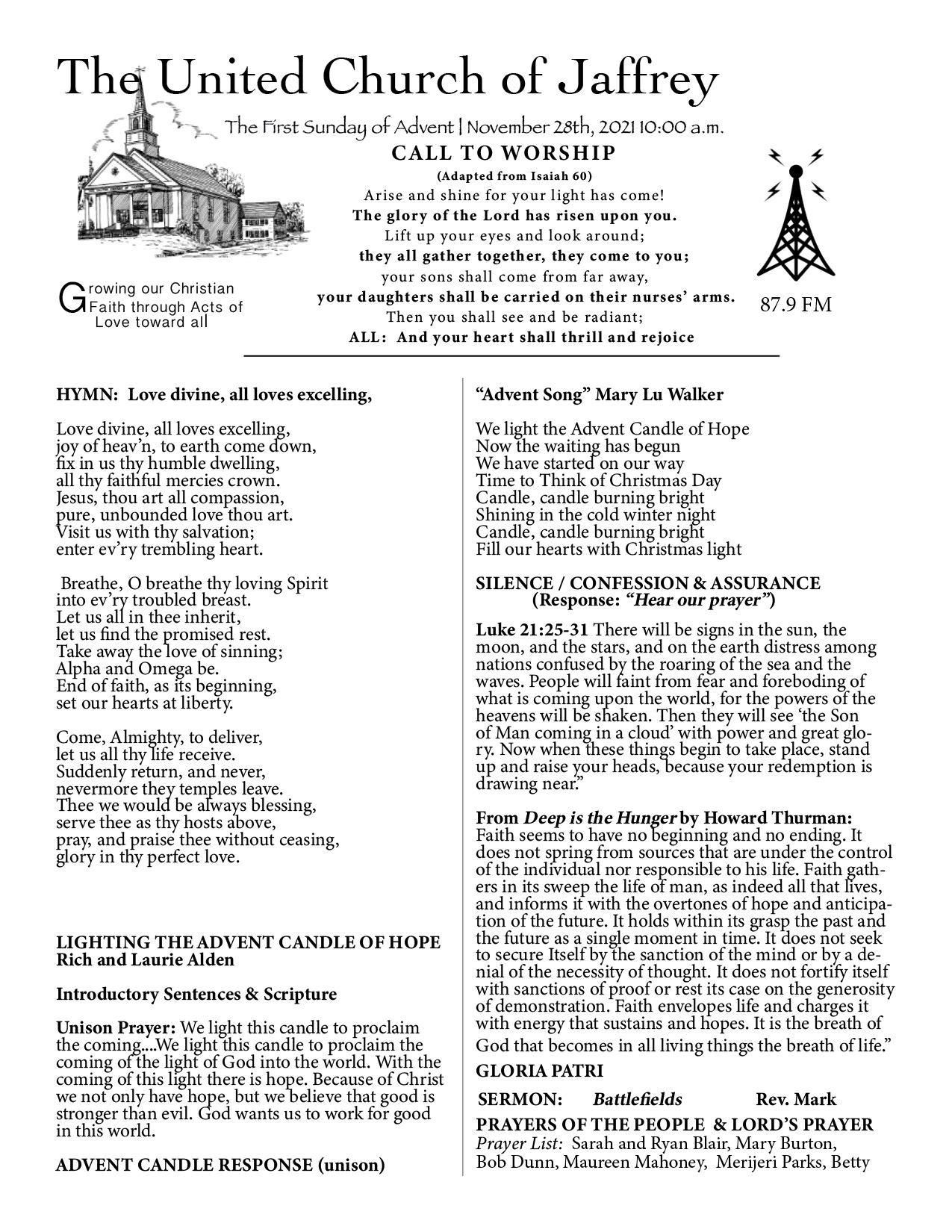 In June of the year of our Lord, 18 hundred and 62, this place was the site of a great and bloody conflict.  That house, there, was Stonewall Jackson’s headquarters, during the Battle of Port Republic.  Over there, you can still barely make out the spot where the bridge was.  General Jackson burned it down, and trapped the Union army between the North and south forks of the Shenandoah river.

Today, though, Port Republic is the kind of place that you might miss if you happened to sneeze as you were driving by.  It’s tucked away off the edge of a road that leads to almost, but not quite, to nowhere.  The site of the great battle is now a sleepy row of houses that follow the sluggish passage of the Shenandoah river.

It is here, at the house of Allie Hardwick, and John Via (AKA Growdy and Fa) that my family spends each Thanksgiving.

On Thanksgiving day, I wake before dawn, and unable to get back to sleep, I rise and dress myself in the dark.  Walking out the backdoor I head southwest, skirting the edge of the river to where street takes a hard right, and abruptly leaves the little town behind.  The houses and the trees follow the river, so as I leave its influence I climb, also, into a wider expanse of cornfields, now gone to stubble.  I am headed to a little cemetery that graces a promontory that’s just up here, about a quarter mile – if that – out of town.  When I get there, the path among the headstones swings back around, so that, for the first time on my morning walk, I turn east.  As I have been walking, the sun has come up among the clouds that brood over the Blueridge mountains.

The perimeter of the cornfields are stitched with electric fences, and the high tension wires that swoop across the expanse are populated by flocks of starlings that, following some mysterious compulsion, leap as one into the air and set the landscape a-shiver with the shadow of their sudden looping flight. What fine honor that interplay gives the souls who died here in the Shenandoah Valley.  More than 150 years have passed, but you can still feel the history in the heave of the land, the voice of the wind.  According to local lore, the tractors that till these fields still unearth a harvest of lead bullets.

It is strange to think about the terrible battle that took place on these lonely fields.  This solemn feeling is surely some vibration of the lives lost here – the desires of young men to live, and the outrageous and unacceptable reality of their painful deaths.  Those who perished here, certainly lifted prayers heavenward, asking for their lives, and if the outcome of the battle fought here is the measure of efficacy those prayers, then it would seem God favored the Confederate army, for theirs was the force that prevailed.

It is said that “there are no atheists in the foxholes” and as the morning sun breaks through the clouds, I can almost hear the murmur in the wind.  And yet, though I have no doubt that, in the same predicament,   I would certainly ask God to spare my life, the sadness I feel does little to convince me that God had anything to do with the outcome of this or any mortal conflict.

If God made us all, how could God choose?

With a flip of a coin, or the roll of a dice?

With the weight of prayers measured, or the eloquence of one?

The idea is absurd.

Would Jesus be so cavalier with human lives?

And yet before any of us enter into conflict of any kind, we seek God’s approval.

Our cause is just.

The Jews who lived in Judea and Israel during the time of Jesus, were a tired and beleaguered people.

Because of their geographical position, smack in the center of the Middle East, they were surrounded by vying empires – Egypt, to the south, Babylon and Assyria to the East, Macedonia, and Rome to West.  In the geopolitical reality of Antiquity, Israel and Judea were the playgrounds of imperialism.  No sooner were they conquered and colonized by Babylon, were they conquered and colonized by Assyria.  By the time of Jesus, the Romans, of course, were the ones in control.

When a prophetic body of literature arises from a people who have been under foreign domination for hundreds of years, it stands to reason that that literature would express a hope of liberation.

What did hope look like to a people who’d known centuries of being stepped on?

There will be signs in the sun, the moon, and the stars, and on the earth distress among nations confused by the roaring of the sea and the waves.

Reaching out to God in hope, for such a people, was to envision an omnipotent God willing to marshal the cosmological powers of the sun, moon, stars, and indeed the roaring ocean itself, in their support.

Even if it became clear — as it did for Jesus — that the hoped for messiah would perish on a Roman cross… the ultimate hope of freedom remained undaunted.  Even if Jesus died, he would eventually return, and, the text predicts:

People will faint from fear and foreboding of what is coming upon the world, for the powers of the heavens will be shaken. Then they will see ‘the Son of Man coming in a cloud’ with power and great glory.

Unfortunately, this idea that God takes sides only grew stronger when Christianity moved from being a new form of Judaism sect to being a religion of the world.

The Roman Emperor Constantine, who is credited more than almost anyone else, with making Christianity into a world religion, is said to have adopted a belief in Christ because of a dream he had.

Before a crucial battle – the Battle of the Milvian Bridge, which took place in 312 AD, Constantine dreamed that the God of the Christians promised him victory if he put the initials of Jesus Christ on his soldier’s shields.  Following the instructions of the dream, Constantine’s forces won the day, and from that day forth, Christianity was the official religion of the Roman Empire.

If Constantine thought that Jesus could guarantee military victory, then Constantine was not reading the Gospels.

Talk about getting off on the wrong foot.

Jesus did not command us to fight each other.

He did not tell us to hate each other, as he hated us…

Jesus did not tell us to take food from the hungry

Constantine got us off on the wrong foot.

Jesus was not a military leader…

Of course, it is natural to ask God to spare your life.

We love life, and we are afraid of death.  Especially death on the battlefield.

But as natural as it is to pray for one’s own survival, it seems to have become just as natural to ask for the death of the “other.”

To me this is wrong.  It is as wrong as asking a mother to choose between the children of her womb.

The story of Christ’s life is the story of a person who refused to preserve his life at the cost of others lives.

He died, rather than compromise his expression of love for his brothers and sisters…

And in his birth too, that we anticipate today, with the candle of Hope, he gave us power…

Not the power over people.

Not the power to decide who lives and dies.

Not the power of a gun

Not the power to prevail in battle…

This is not what Jesus taught us…

These are the mistakes that get us onto the battlefield in the first place.

Faith, as Howard Thurman has written: gathers in its sweep the life of man, as indeed all that lives, and informs it with the overtones of hope and anticipation of the future. It holds within its grasp the past and the future as a single moment in time.

What is this, if it is not the God’s incarnation, in the world,

But the most beautiful power known to humanity.

The power of vulnerability…

The power of hope personified.