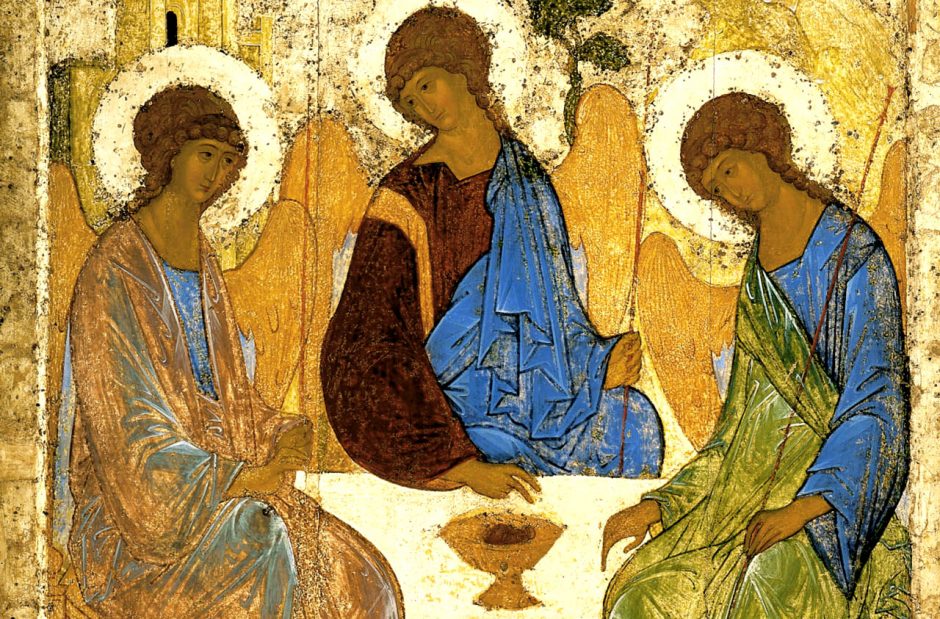 Delivered to the United Church of Jaffrey
April 30th , 2017

John 14:1-14; Excerpt from The World’s Religions by Huston Smith

If one of the wisdom traditions claims us, we begin by listening to it. Not uncritically, for new occasions teach new duties, and everything finite is flawed in some respects. Still, we listen expectantly, knowing that it houses more truth than can be encompassed in a single lifetime. // But we also listen to the faith of others… We listen first because our times require it. The community, today, can be no single tradition; it is the planet. Daily, the world grows smaller, leaving understanding the only place where peace can find a home… Those who listen work for peace, a peace built… on understanding and mutual concern. For understanding brings respect, and respect prepares the way for a higher power, love—the only power that can quench the flames of fear, suspicion, and prejudice, and provide the means by which the people of this small but precious earth can become one to one another.

(From: The World’s Religions by Huston Smith)

The reading from the Gospel of John that Carol read for us a moment ago contains within it a well-known passage.

Let me set it up for you.

Jesus and his disciples are sitting together at a meal.

It is the Last supper.

Jesus has just spoken of matters that disturb the disciples…

He has foretold that one of them would betray him, and

He has foretold that before the cock crows, Peter will deny him three times.

The face of Christ from the Hagia Sophia

It at this point that today’s reading begins.  Jesus says…

“Do not let your hearts be troubled. Believe in God, believe also in me.”

Jesus has said many things that are troubling to them.

And does “believing” in God and in Jesus, enough to put their hearts at ease?

As if he anticipates this question, Jesus continues, speaking more comforting words to his disciples.

He tells them that he is going to his Father’s House to prepare the way for them.  At the end of this proclamation, Jesus says, in an almost offhand way:

“…and you know the way to the place where I am going.”

But Thomas, who is listening to all this, is confused.  He asks for clarification:

“Lord, we do not know where you are going.” Thomas says.  “How can we know the way?”

And it is at this point that Jesus comes out with the famous words.  Jesus says: 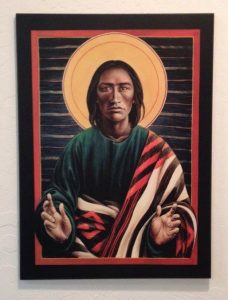 In the other reading that Carol read this morning, Huston Smith, the famous scholar of religion, begins by saying:

If one of the wisdom traditions claims us, we begin by listening to it… we listen expectantly…

To me, the word “claim” has within it the right amount of urgency.

After all, we understand our religion as something that lays a claim on our identity.

Asked to describe myself, I can say a number of things that lay claim to my identity.  I can say that…

I am a husband and father

I am Japanese American.

I am a minister.

Each time I point to something that describes my identity, I use the phrase “I am.”

These things that I have mentioned are so important to my understanding of myself that when I speak of them, I use the first person singular of the verb “to be.”

“Music is part of my being.”

Or “Fatherhood is why I exist.”

Or “Loving my wife is in my blood.”

Or “The ministry is in my bones.”

These things lay claim on me because they are essential to my very existence!

When I say this, I say Christ, my brother and my teacher, helps me to be who I am.

Christ has “laid a claim on me.”

And since I say “I am a Christian…”

I listen expectantly to Christ.

I get this phrase from Huston Smith too.

Smith says that we listen expectantly to the religion that has claimed us. 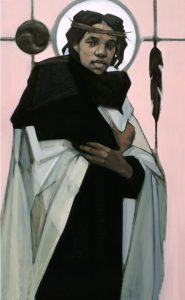 “Jesus of the People” by Janet MacKenzie

To be sure, I am not the first Christian who has listened expectantly to these words.

Indeed, as I suggested I earlier, this is a very well-known passage.

But I must admit to you that this passage makes me uncomfortable.

As a youngster, a number of my more formative years were spent in New Zealand.

The public school in New Zealand in the 1970’s was a kind of nostalgic throwback to a British “Tom Brown’s School Days” experience, complete with uniforms, prefects, and liberal corporal punishment.

In keeping with this “stiff upper lip” philosophy of education, each day began with an assembly that, in addition to all the regular school business, included a lengthy period of prayers and hymns.

I must admit to you that though my father taught religion at the University, and my mother was a Christian, we did not go to church when I was a child, and so this clumsy, and rather impatient religious observance at the start of each school day was my first regular exposure to Christian worship.

And I despised it.

How could the head master assume that every student in the school was a Christian?

The very same teachers and administrators who I frequently saw hitting students with leather straps, stood before us, speaking in hushed tones to God on our behalf!

I was filled with indignation!

My child’s mind turned against Christianity.

I developed, in particular, a kind of allergy to Christian worship itself – I saw it as one way that people who had all the power, kept all the power for themselves.

And I regret to say, from the pulpit this morning, that even though I am now a minister, and I am now a Christian, and I am now surrounded by the love of a Church community, there are some ways in which I continue to think, at 51, that the 10-year old Mark was not altogether wrong.

I don’t mind when Jesus says

But when he follows this statement by saying:

“No one comes to the Father except through me.”

I start to get nervous.

I get nervous because this is the language of exclusion.

This is the language of “us and them.”

I get nervous because saying “No one comes to the Father except through me”  is like saying – We have the truth, and they do not.

And once you allow yourself to say “We have the truth, and they do not” it becomes quite an easy thing to say…

“We are good, and they are bad”

For those who have power, “We are good, and they are bad” is a the most excellent idea.

“We are good, and they are bad” is the essence of imperialism.  It is at the heart of racism.  It is the rationale of war.

And, sadly, Christianity has been intimately involved with all those things.

Throughout its history, Christianity has, on innumerable occasions, become a way of wielding power.

And each time this happened Christianity lost its essence. 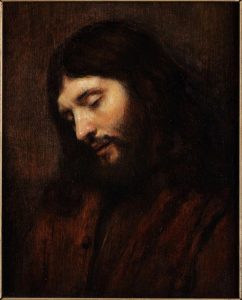 Christianity, like all religions, quite easily becomes a tool for the powerful – but when this happens it is no longer Christianity – it is something else – a form of idolatry.

The essence of Christianity is not power.  It is love.

And that belief, and that belief alone, is the reason why the 51 year-old Mark stands before you as one who has been claimed by Christ.

I have a dear friend who is a colleague at the school where I teach.

He is a man of great integrity – a person I have the greatest respect for.

He is the son of a Christian minister.

My friend told me a story that I would like to tell you.

My friend grew up in church.  Unlike me, he had a very positive experience of Christianity.  The youth group nurtured him.  His family prayed together.  He grew in faith.  He had a wonderful childhood.

As a child, my friend would have no difficulty affirming Christ’s claim that “No one comes to the Father except through me.”

But when my friend went to college, he learned many things.

He learned that history includes a long list of horrifying crimes that have been perpetrated in the name of Christ.

He learned a great deal about other religions, and was surprised to find that many of these religions spoke to him is new and inspiring ways.

When my friend’s father, the minister, picked him up from college to drive him home for vacation, the young man questioned his father.  He suggested to his father that the other religions of the world contained a lot of deep wisdom.  Did his father really believe that “No one comes to the Father except through me.”

His father was quite for a moment.  Finally he said…

“I just picked you up from college to take you home.  I came in a car because that is what I have.  Other people, in other places may use a bicycle or a horse.  That is what they have.  We are all going home.”

This story amazes me with its wisdom.

We are claimed by what we have.

And we are all going home.

Where the heart is.

I do not hear him saying that he, Christ, is the only way to be saved.

I do not expect such a message from Christ.

That would be a message that serves power.

I hear him saying that Love is the only way to be saved.

This is the message that Christ gave, over and over.

This message does not serve Christianity.

He is not saying “The only way to get home is by car.”

He is saying “Love, and you will find your way home.”

No matter our religion, love claims us all.