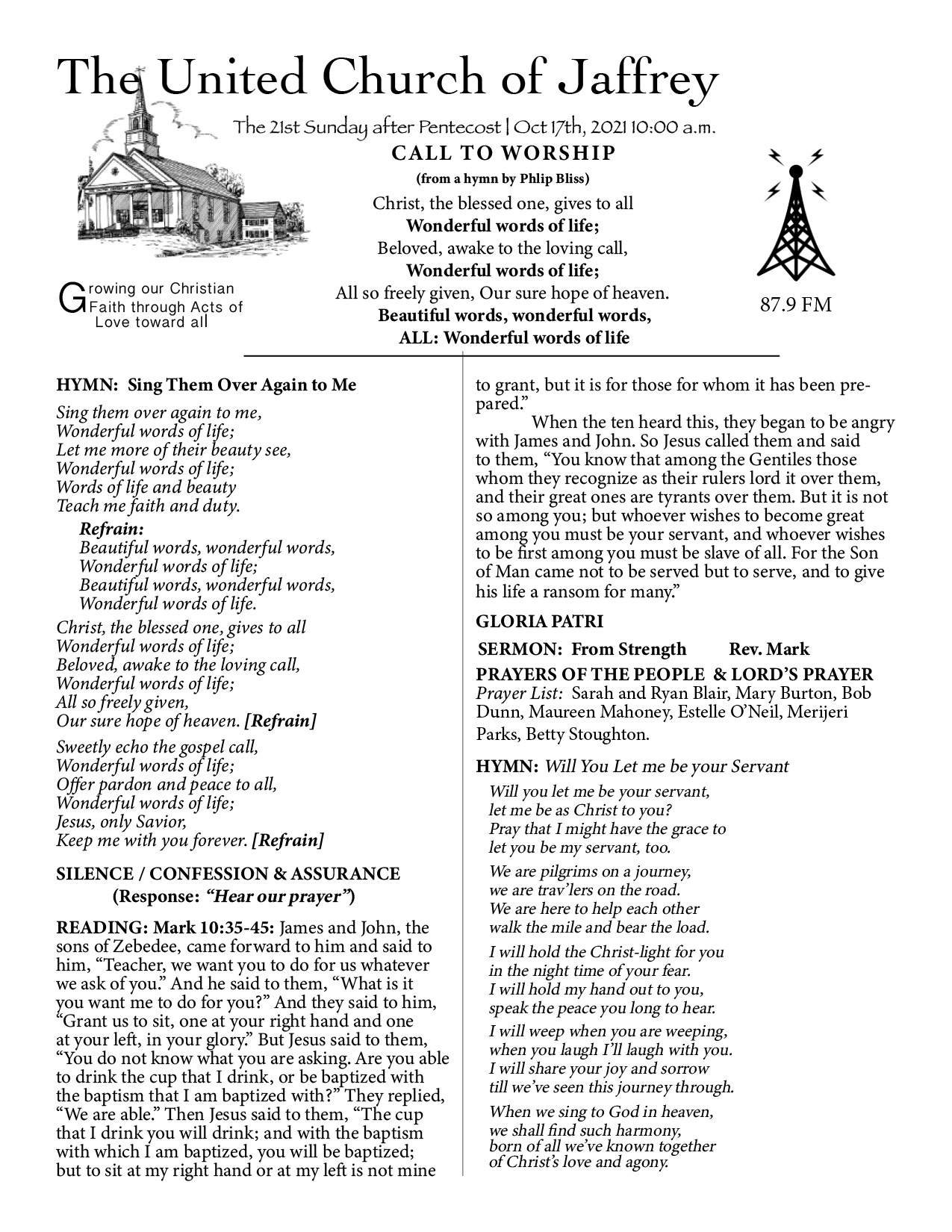 The other day my son Silas and I were driving back from the YMCA, when we pulled behind one of those VW beetles.  To my delight, it was not one of the new fangled ones — it was one to the old chatterboxes, all ways on the verge of falling apart, that we all remember from the 1970’s — the love bug.  Remember Herbie, the Love bug?

And that was when I started laughing.

I had snuck up to get a closer look, and noticed the old car’s single bumper sticker.

“Look at the bumper sticker” I said.  It says “Nietzsche is dead”. I was still having a good laugh.

What’s so funny about that?

It’s a kind of philosophy major’s inside joke I explained.  Nietzsche was famous German philosopher who was well known for saying that “God is dead.” So that bumper sticker is turning it around on Nietzsche.  And after all, of course, it is true, isn’t it? We can debate about whether or not God is dead, but we know for a fact that Nietzsche is dead.

If it’s been a while since your Philosophy 101 class — as it has been for me — let me remind you that when Nietzsche proclaimed that God was dead, he was not exactly mourning God’s demise.  Nietzsche certainly wasn’t in the business of saying flattering things about religion, and he had a special chip on his shoulder about Judaism and Christianity which he blamed for most of what is wrong with the world. Nietzsche was delighted that the enlightenment thinkers like Jean Jacques Rousseau, Immanuel Kant and John Locke, upon whose shoulders he stood, constructed their philosophies on the basis of human rationality and empirical observation rather than God’s commandments.  This, he said, was what had put God in his grave, and Nietzsche’s writings were his way of dancing on it.

Both kinds of morality started from an idea of what is good.  Nietzsche thought that master morality had, at one time, been the governing moral ideal of humanity, and that we could see it at work in the mythic heroes and Divine Pantheons of Greece and Scandinavia, the Arthurian legends of England and, above all, the far reaching conquests of the Roman Empire.

Goodness, in this moral system, was defined by nobility of spirit and decisiveness of character.  The confident wielding of power was itself a fulfillment of human destiny, and morality was subject to it.  A person achieved the full realization of their life’s purpose when, through the expression of their integrity, they became great.  The opposites of these things — things like commonness, meekness, and idleness, were, according to master morality, morally bad.

Slave morality, on the other hand, started from an understanding of goodness that emphasized very different attributes – attributes like kindness, compassion, humility, forgiveness and fairness and sacrifice  — habits, that is, that serve others.

Nietzsche understood these qualities to be attributes that the downtrodden people of the world were compelled to act upon in order to survive – he didn’t see them as things to aspire towards, but he was the first to admit that this morality that he called “slave morality” had become the dominant moral system in his time.

And it still is, right?

If someone says that another person is a forgiving person, to our ears, that sounds like the person is a pretty good person

If someone says that another person is a kind, or self-sacrificing person, again, the person sounds, to our ears, like a pretty good person.

These ways of valuing people are so second nature that it is hard to imagine any other way of assessing a person’s moral integrity – but Nietzsche asserted that for long stretches of human history, human attributes like kindness, humility, and self sacrifice were actually the opposite of the moral ideals.

He preferred it then – when things like fairness was for chumps.

If you wanted to be great and noble, you didn’t have anything to do with something as quaint as “fairness.”

Humility was for weak people.  Forgiveness wouldn’t get you anywhere.  Compassion won’t make you great.  You didn’t see Genghis Khan, Alexander the Great or Augustus Caesar conquering the world with an army of Dalai Lamas and Florence Nightingales.

According to his way of thinking, there were plenty of people out there who were not living up their destined greatness because they were so busy being humble and helping others.

What a bunch of losers.

If you want to be great, he said, you have to be a bird of prey, not a lamb.

These considerations, that we have approached by talking about Nietzsche, are, of course, right at the center of today’s gospel reading.

The disciples, asserting their desire to live up to their vaulted sense of their own personal destinies, vie with each other to see who will be the greatest.  It is only natural that they should do so, for their assumption is that in order to achieve greatness, one must assert oneself.  And assert themselves they do.  Two of them, James and John, the sons of Zebedee actually start leaning on Jesus.  You can hear the entitlement in their voices when they say:

“Teacher, we want you to do for us whatever we ask of you.”

I have absolutely no doubt that Nietzsche was familiar with passages like this from the New Testament and I admit to taking a little guilty pleasure imagining him squirm as Jesus takes the “master morality” assumptions of the sons of Zebedee and turn them on their heads.

“You know that among the Gentiles those whom they recognize as their rulers lord it over them, and their great ones are tyrants over them. But it is not so among you; but whoever wishes to become great among you must be your servant, and whoever wishes to be first among you must be slave of all. For the Son of Man came not to be served but to serve, and to give his life a ransom for many.”

When I reflect about these things, it occurs to me that Jesus, in this passage, introduced a new vision of what “greatness” means.  Also, it occurs to me that Nietzsche, who was none too pleased about this vision, reacted by making some assumptions about the nature of strength and weakness, that I, following Jesus, do not agree with.

But I’m done talking about Nietzsche.

None of us here are his followers.

We call Jesus our teacher.  Our friend.  Our brother.

And another person appears in my heart this morning…

You all knew Pauline.

During the first couple years of my ministry here at UCJ, Pauline was well enough to come to church – and she came, and sat quietly in the pews, smiling.

She had many dear friends among you.

I remember Pauline, this morning, for two reasons.

I remember her because she was kind.

She was and fair and self- sacrifice  —

I think that Jesus was proud of Pauline.

She lived in a way that served others, in just the way that he suggested to the disciples in today’s reading.

And there is another, more personal reason that I recall Pauline to you this morning.

I know that, even though she never faulted me for it, I was not there for Pauline at the end.

And in a crowning act of terribly painful irony — I, who call myself the spiritual leader in this community, forgot to list her name among those lost during the COVID pandemic.

I forgot Pauline.  Pauline who remembered everyone!

And not doing enough of what Jesus would consider great.

And so, following Jesus, I ask for your forgiveness Pauline.

I ask for your forgiveness, Pauline, not to seek the affirmation and the support of this community…

I do it because I don’t want to be centered, any longer, in the careless seeking of ambition and power and recognition

The selfless kindness that Jesus taught us…

And if it is hard to admit my mistake, that’s ok…

Because unlike. what Nietzsche thought – this kind of morality – the morality of kindness and fairness does not come from weakness,

It comes from strength.