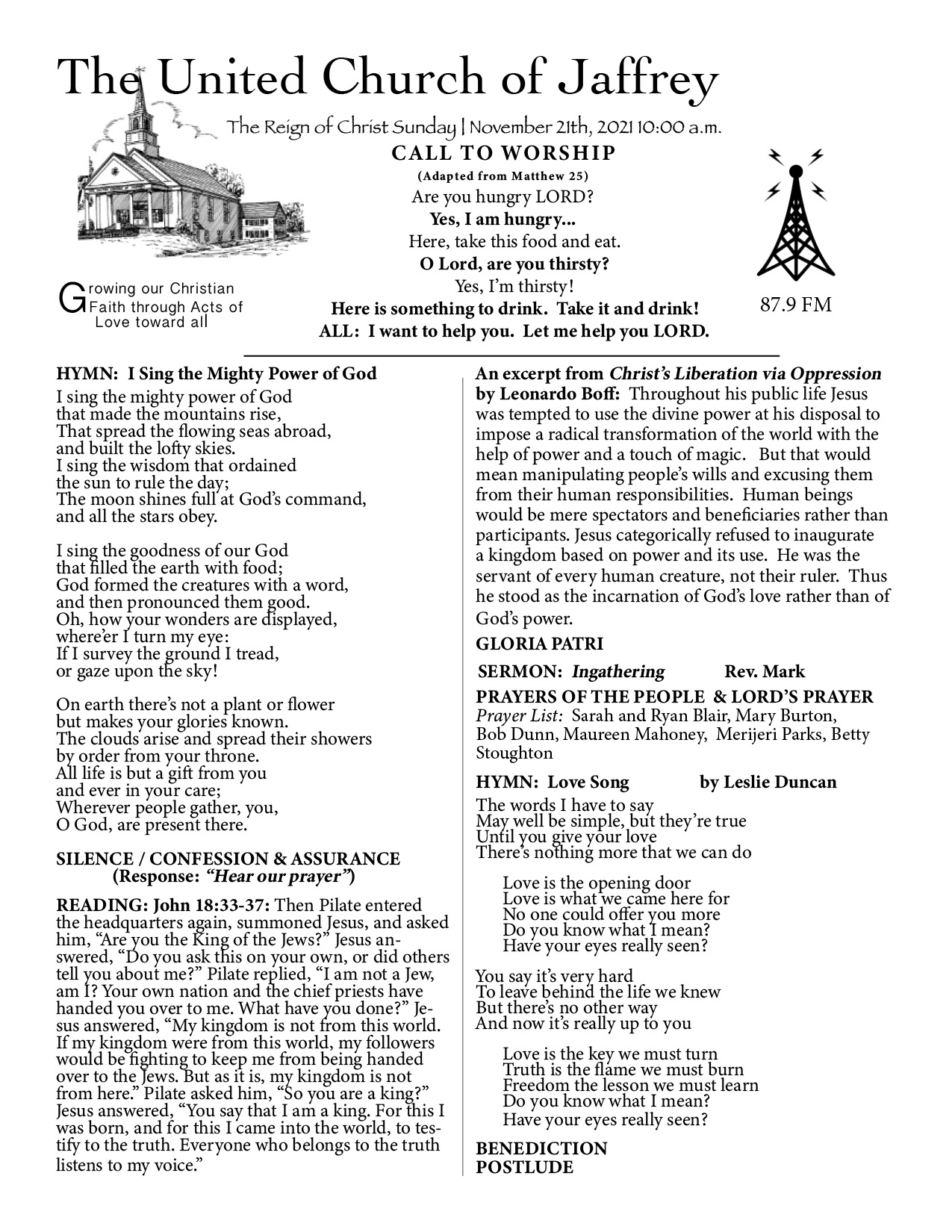 Everyone in America, including you and I, heard the news on Friday, that Kyle Rittenhouse, the 18 year-old man accused of killing Joseph Rosenbaum and Anthony Huber and severely wounding Gaige Grosskreutz during a Black Lives Matter protest last August, was acquitted of all the charges against him.

I admit that I have not followed the trial carefully.  Looking at the internet, I can see that the case itself hinged on whether or not the young man’s actions could be construed as self-defense, and that it is likely that no one will ever know whether the men, who are now dead, really threatened Rittenhouse or not.

I am not a lawyer so I will not render a legal opinion.  That’s not my job.

As fate would have it, yesterday – just one day after the Rittenhouse verdict came in – I was scheduled to attend a session, sponsored by the Department of Homeland Security, that was entitled “Emergency Preparedness Seminar for Houses of Worship and Faith Communities.”  Though it was my sermon writing day, and I couldn’t really afford the time, I felt that the subject of the seminar was important enough that I simply couldn’t miss it, so I drove the hour up to Jaffrey, and when I got to the Hope Fellowship Church, up on Prescott Road, Owen Houghton and Alison Bergeron – who had first alerted me to the seminar  – were already among those present.

I was glad I took the time.  The seminar turned out to be very informative and well put together.  The final speaker was tasked to present on preparedness of Houses of worship for Active Shooter events.  He encouraged us, on several occasions, to imagine a shooter threatening us right there, in the space where we were sitting – in the Hope Fellowship Church.  Did the doors open in, or did they open out?  Would one be better off on the far side of the room, or up close to the shooter?  Should one hide, or run?  How could a person keep from panicking?  If you could keep your head, how could you figure out the best thing to do?

Each of us, in that hall, started imagining someone barging into the hall wielding an AR-15.

The facilitator said something interesting.

He said that if you decide not to run, but to act, you can, of course, try to somehow neutralize the shooter through some act of violence, but an equally – if not more effective – action might be to go for the gun.  The gun, after all, is the item that is giving the assailant power.  If the gun is somehow taken from the shooter, the shooter just becomes a person who is then as strong or as weak as anyone else in the room.

I suppose there is some truth to that.

When Jesus is brought before Pilate, in today’s scripture lesson from the Gospel of John, Pilate knows that Jesus is troublemaker – but he seems unconcerned with that.  Pilate’s question reveal that he is primarily concerned with two things:

On both points, Pilate is ultimately satisfied.  Jews were a subjugated people – an small vassal nation within the immense Roman empire– so identifying Jesus as a Jew gave Pilate the confidence to assume complete jurisdiction over him.

If Jesus had any real claim to kingship, he might present some difficulty to Pilate – who might have to deal with some civil unrest – but since Jesus admits that “My kingdom is not from this world” Pilate is assured that Jesus, guilty or not, at least has no real power to speak of.

But Pilate has completely misunderstood Jesus.

Pilate can only see a certain kind of power.  He is looking for power in the way that we humans are accustomed to thinking about power.

He has determined that he, Pilate, has power over Jesus.

That is to say, he, Pilate, can decide whether Jesus lives or dies.

This is the same power that is in the hands of an active shooter – the power to decide if another person lives or dies.

This is the way that we humans primarily understand power.  The person with the greatest power, is the person who has the power to determine whether another person lives or dies.

This is what it means to be a human King – to have a “Kingdom of this world.”

Nebuchadnezzar, Alexander the Great, Julius Caesar, Napoleon, or Hitler, Stalin, Mao, Pol Pot, Pinochet, Idi Amin, Bashar Al Assad – power is always expressed through the willingness to kill.  Our leaders do not have clean hands either.  Truman – the son of farmer from Missouri – dropped atomic bombs on two inhabited cities.

The more a person is willing to kill, the more power that person has.

Jesus, though, was the opposite.

This is a different kind of power.

A power that was not from this world.

At 9:40AM on April 16th, 2007, a male college student entered Norris Hall on the campus of Virginia Tech, in Blacksburg Virginia.   He was carrying two handguns, a knife and 400 rounds of ammunition.  He moved through 5 classrooms. He killed 29 people before killing himself.

But it could have been much worse.

When Professor Liviu Librescu, who was teaching a class in Solid Mechanics in room 204, realized what was going on he ordered his students to kick out the windows and leap to safety.  While his students were doing this, Librescu himself held the classroom door closed.  The gunman appeared and shot through the door, hitting Librescu four times wounding him severely  The shooter made it into the room, but not before all but three students, and Dr. Librescu were gone.  He killed Librescu and one other person – a graduate student named Minal Panchal, but because of the teacher’s extraordinary power, twenty-one of his students were saved.

Librescu expressed power by giving himself up for the sake of life.

Which power is the human power?

Which power is the power that is divine?

Can we make the Divine power into a kind of power that humans will understand?

Can humans obey a kind of power that is not a threat?

Can humans obey a kind of power that is based on compassion and ultimate regard for the sacredness of life?

Jesus believed we could.

Jesus taught us how.

And so did Liviu Librescu.

I am aware that this is the Sunday before Thanksgiving, and that I have preached a very depressing sermon.

But we Christians – when we are at our best – we meet each other at the cross – a place of great pain – and we have our eyes open to that pain.

Librescu was a Jew – a Holocaust survivor – but he did that most Christian thing – he met us at the cross.

Met at the cross

We are given life.

Was Jesus born to die?

Did Librescu have to sacrifice his life?

We could have a different kind of world

A world that expresses a different kind of power.

The power, not to determine whether someone lives or dies,

But the power to give life…

To gather each other into a world of compassion.

We, here, do not just say this.

This is our act of love… that works against the kinds of power that destroy body and soul.