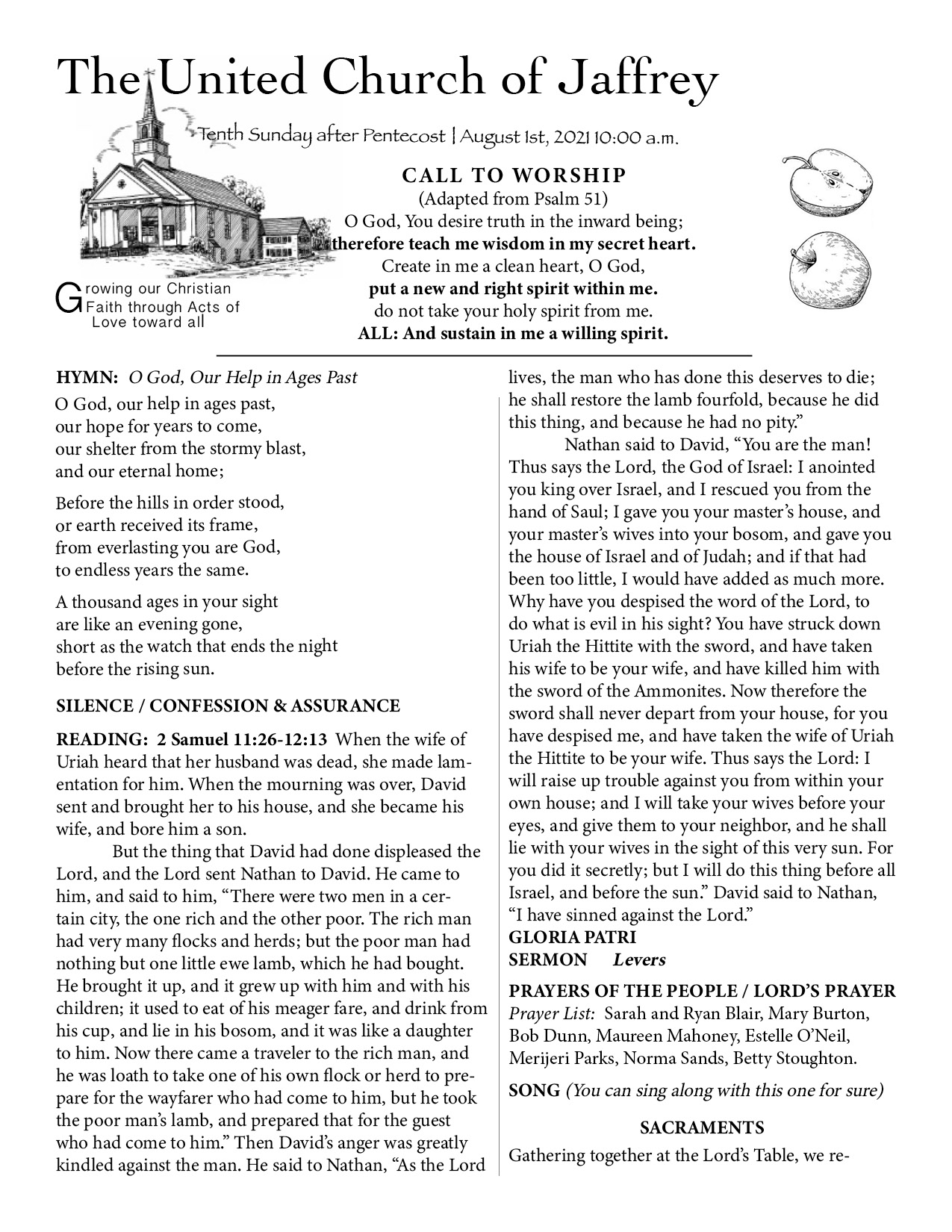 Silas was about 9 months old.

Amos could handle an apple if it was cut up into pieces… but Silas, who was still nursing, could not.  Amos dropped a piece of apple, and before Cary could do anything about it, Silas grabbed it, popped it into his mouth and swallowed.

Silas started struggling for breath.  Little bubbles were coming out of his mouth.  Cary understood, in that moment, that the piece of apple was stuck in Silas’ throat and that his airway was obstructed.

Some things are important…

Some things are urgent…

What is the difference?

As the years pass, and you gain more life experience, you may observe truths about that important thing — and you may form opinions and beliefs about it.

You may come to a conclusion about that important thing.

Then again, you may not.

It’s possible that, at some point, the important thing may be important enough to you, that you are prompted to take action.

Or it may become less important to you, and you may just forget about it.

This is all very interesting, but while we have been humming and hawing about so called “important things” Cary has been dealing with something else entirely…

She has been dealing with an urgent thing…

Cary does not have the luxury of time.

An urgent thing is something that is extremely important right now!

Cary snatched Silas into her arms.

She also grabbed the phone.

She couldn’t spend precious time thinking about it.  She had to act, and she had to act now.

When we want to convey urgency, we use often use the phrase: “life and death”

The implication of this phrase is well known to us.  When we find ourselves in a “life and death” situation, we are called upon to act.

If we act, someone may live.

If we do not act, someone may die.

Our action is the deciding factor that controls the fate of another human being.

There is a thought experiment that is commonly used by teachers of Ethics — and since I teach ethics, it is familiar to me.  Apologies if you’ve already heard it.

The thought experiment has two parts.

Let’s say you are a switchman working for the railroad.  Your job is to pull those levers that move oncoming trains from one set of tracks to another.

A train is coming.

Ten of your co-workers are sitting on the tracks having lunch a little ways down from where you are standing.  You can see that they don’t have enough time to get off the tracks so in a matter of moments they are all  going to be killed.  But wait… you are standing next to the switch.  Pull the lever, re-route the train to a different track, and all 10 workers are saved!    You jump into action to do this, when you see that someone — an incredibly large person — is standing on the new track.

What do you do?

Presented with this difficulty, most people have a ready answer.

It seems better to sacrifice one person to save ten.

It’s a shame that the incredibly large person has to die, but ten lives seem to have more value, ethically speaking, than one (regardless of how pohysically imposing the one person might be).

The second scenario is almost the same — a train is coming, ten people are about to die.

The difference, this time, is that you are not standing by the lever.  This time you are standing on a bridge overlooking the scene, and the incredibly large person is up there with you.

If, incidently, you have been wondering why one person in this thought experiment happens to be incredibly large, I will now satisfy your curiosity.  You see, in order for this story to work, this person has to be so big that a train, hitting him, would likely grind to a halt, in time to save the ten people.  It’s a good thing he is so gigantic, cause now, your course of action is clear.  All you have to do is shove him off the bridge so he falls in front of the train.  His death will be too horrible to contemplate, but it will effectively save the ten people.

What do you do now?

No one likes it!

I can’t even describe it without squirming.  It’s horrifying!

Ethically speaking, the result is the same — one person is sacrificed and ten are saved.

What, then, is the difference?

Why does this second scenario make me break out in hives?

What makes this second scenario so unthinkable?

The 911 dispatcher had picked up the line…

While Cary gave her address to the dispatcher, she upended Silas so that his butt was up on her elbow and his head was face down by her knee. In this position she commenced to whack the poor kid on his lower back with the heel of her hand.

Our passage, from the Hebrew Bible today, straddles the 11th and 12th chapters of 2nd Samuel.

You know the story.

He wants her, but when he asks around he finds out that Bathsheba is taken.  She is married to Uriah the Hittite.

But David doesn’t consider this to be much of a hurdle.  He wants her and he can’t imagine why he shouldn’t have her.

After all, he’s the king — he has power.  If he wants something, he can get it.

Here’s the thing — having power — being King — gives one access to all the machinery.  King David is the ultimate switchman.  He’s not standing by the side of the tracks with a lever in his hand — he’s more like the guy sitting at a computer in the control room who can manipulate all the levers at once with a few clicks.  This lever controls this person’s fate.  That lever controls some other folks.  David can divert any train onto any track at any moment.

And another thing about power…

Power is a handy thing to have if you want to keep your hands clean. You can do something that is altogether bad — like eliminate someone — and make it seem to others, and even yourself, that there’s nothing really wrong with what you have done.

Power is the ability to move levers without seeming to move levers.  You can move them, and no one — not even yourself — is aware that you have done anything.

There is no need to be bedevilled by the pesky ethical considerations that would raise their ugly heads if you had to actually shove someone off a bridge.  David was nowhere near Uriah the Hittite.  He was probably fast asleep in his comfortable bed when Uriah died in battle.  David just pressed a button, and the exact lever that needed to be pulled was pulled for him and, lo and behold, the Uriah problem was solved.

He had a wait a little while, for the sake of appearances, so that Bathsheba could do the proper amount of mourning, but after that… she was his for the taking.  The whole nasty business was neatly handled and no one was any the wiser…

As the Bible so pithily reports it, “…the thing that David did displeased the LORD.”

The 911 dispatcher asked Cary what was the nature of the emergency.

“My child is chocking” she said.

The baby started to cry.

It was the most wonderful sound Cary had ever heard…

The whole event probably took less than a minute…

The longest minute of Cary’s life…

We humans have a remarkable capacity to fool ourselves.

As long as there is a lever between us and what we do, we can deny responsibility.

The more levers between our intention, and the unethical action, the easier it is to absolve ourselves of responsibility.

But God does not share our appreciation for levers.

If you pulling a lever, or you shove a guy off a bridge, the ethical cost is the same.  There is no way, in this scenario, to keep your hands clean.   In fact, the powerful person who is best at keeping the appearance of clean hands, probably is the most stained.

I have told two stories this morning.

Both concern matters of life and death.

One story — Cary and Silas’ story — is frightening, but it has the virtue of clarity — there is no question what is happening, or what needs to be done.  The act is motivated by love.

In the other story — David’s story — the urgency is obscured by the machinery — the levers of power.  Life and death are manipulated from a safe distance.  Nothing in this story actually needs to be done.  The motivation here is not love — it is desire.

If possible, let your urgencies serve love and life.  Do not pull the levers that set in motion the machinery of death.

It is an easy thing to succumb to the illusion that pulling a lever absolves you of the responsibility for your actions.

God tells you that it does not.

When an urgent moment arises, take action to save life, and come into radical communion with all that is divine…