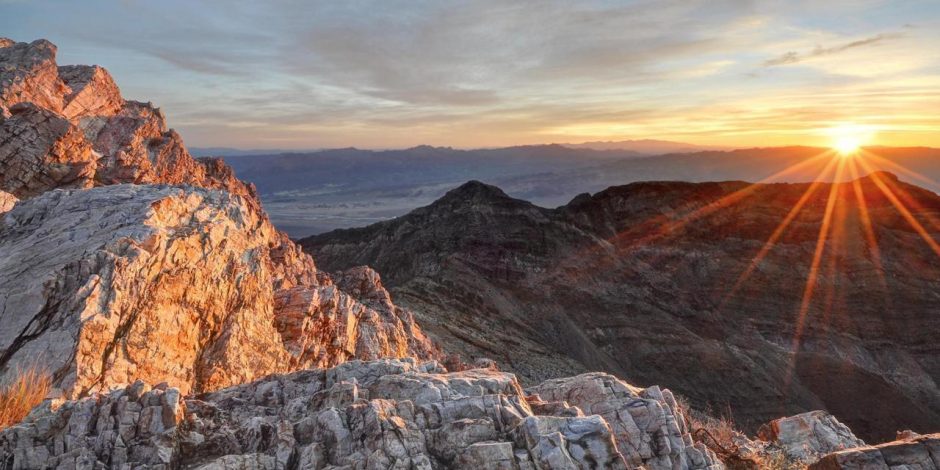 In the middle of the night, the wind strengthened.

The wind came up over the surface of the lake and made the tree that was above my tarp creak in the darkness. 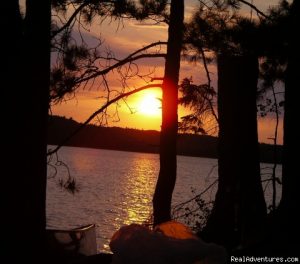 I was 17 years old and I was alone on an island deep in the Quetico Lakes, the vast wilderness of lakes located on the northern side of the Minnesota/Canada border.

I was on an Outward Bound course – a 28-day canoe trip designed to teach wilderness skills, teamwork and self-reliance.

The core experience of the trip was the solo—in which each participant was left alone for three days with nothing but a piece of tarp, a pen, a notebook, and the clothes on their backs.

I’d been eagerly anticipating this experience.  I felt that I was really going to love it.

But when the wind blew up, in the middle of the night, I awoke, and the creak of the tree above my tarp made it difficult – soon, impossible – to go back to sleep.

Lying in the darkness, I realized, with a kind of slow horror, that there was only thing separating me from the tree that was creaking above me, was a thin piece of plastic tarp.

With each gust of wind, I became increasingly aware that the thin layer of plastic tarp would keep me dry, but could do nothing to protect me if a limb in the tree above me broke and fell.  I would be crushed where I lay.

And the more I lay there, in the darkness, the more likely this scenario seemed.  There was, in fact, nothing stopping such a thing from happening.

Of course, I could have gotten up and moved my tarp and bedding to another, safer spot.

Had the gale been worse, I might have done this – or I might have given up the pretense of sleep altogether to huddle here and there, dodging falling limbs.

But the howling of the wind was not insistent enough to prod me out of the sanctuary of my warm sleeping bag.

I did not act.

Instead, I lay there in the sway of a new and peculiar kind of dread.

The thing that really unnerved me was the recognition that I could die easily, and in a passing instant that was as indistinct and unremarkable as the next.

As I listened to the voice of the wind, I did not hear any purpose in it – the wind did not seem to me to be guided by some divine hand – it was, to me, an uglier thing—a fumbling, entirely meaningless force that could, without ceremony or concern, pinion me beneath a fallen tree limb, depriving me of my precious life.

Out of the depths I cry to thee, O LORD!

Let thy ears be attentive to the voice of my supplications!

The Apostle Paul comes to the opposite conclusion.

Instead of seeing an impersonal, dark, and fearful universe that could kill you at any moment, Paul sees a divine order that we can choose to be part of…

“For once you were darkness, Paul writes to the Ephesians,  but now you are light in the Lord…”

When I first read this, I was confused.  I thought it should say:

For once you were in darkness, but now you are in the light Lord

But it doesn’t say that.

Paul is saying that we were the darkness, and now we are the light.

We are used to being in the light, as we so often are in this sanctuary on Sunday mornings when the light streams through these windows…

But we are not used to being the light.

You and I are “light in the Lord.”

This is an amazing and radical notion.

We are not being shined upon,

In this view, we are not subject to the elements that make up God’s creation.

In this view, we are those elements.  We are the wind.

We are the light.

Paul, who lived in a pre-scientific age, is not bound by the same assumptions about the natural world that we are.

Paul can hear the wind and think only of God’s intention.. He did not have to balance his religious ideas (as we do) with considerations of how El Nino effects weather patterns, or how gulf stream might influence the collision of high and low pressure systems.

Paul made sense of his world through religion not Doppler radars or weather satellites.

So if Paul was under that tree, on that island in the middle of the night, he would not have imagined an impersonal, meaningless universe.

He would have heard the voice of God.

He would have given thought to Christ’s promise of salvation, and considered himself “light.”

Unlike me, he might have heard the creaking tree, and, assured of God’s intention for him, fallen back to sleep.

Indeed, there is a famous passage in Paul’s second letter to the Corinthians, when he boasts of all his hardships:

All these hardships are evidence, for Paul, of two things – his devotion to God, and God’s devotion to him.  Without the benefit of weather satellites or radar imaging Paul’s feels God’s intention behind everything gust of wind, every drop of rain.

Science seems to be able to explain, without any reliance on God, all of the reasons behind the wind and rain.

Sometimes it seems like believing in God is nothing more than a superstitious layover from another time – an attempt, on our part, to read a divine will into phenomena that occur quite naturally on their own.

How can we be thinking Christians?

How can we believe in God in a way that makes sense today?

Dear friends, we must be thinking Christians!

We cannot afford to be unthinking Christians.

If, in order to hold onto our beliefs, we willfully ignore the advances of science, and insist on a medieval understanding of the nature of the universe, we render ourselves irrelevant.  We will be left behind be the rest of society, who will mock us as ostriches, hiding our heads in the sand.

If, in order to hold onto our beliefs, we find that we must create, maintain, and never question certain habits of culture and thought, we will find ourselves irrelevant.  We will be left behind by the rest of society, who will disregard us as being finicky hothouse flowers who depend for our survival on exact humidity and light exposure.

To be a Christian, today, one must be a thinking Christian…

Christians who have vital relationships with the ways of the world.

Christians who ask how the truths of Jesus Christ relates to our world.

But in this sense we are fortunate, because, unlike science, religion is a way of looking at the world that has no difficulty holding two paradoxical truths at the same time.

Indeed, Jesus himself is an example of this.

Human and divine in one person.

Is it possible to find a better example of two paradoxical ideas combined in one idea, than Jesus Christ’s human and divine nature?

Paul does not say

For once you were in darkness, but now you are in the light Lord.

“For once you were darkness, but now you are light in the Lord…”

Here we see the extraordinary value and relevance of Christianity.

Religious truth is not found on a spreadsheet.  It does not depend on data.

The wild, unpredictable truth of religion can say “you are light” without being crazy.

Because it is true – even though you are not electromagnetic energy moving in space – you are light.

You are the light of God.

God is not a superstition leftover from more primitive times.

God is not the preoccupation of a community of people determined to willfully ignore the demands of the modern world.

No.   God is a way of communication.  God is a wild and wonderful way of seeking truth that is, at the same time logical nonsense, and undeniably essential to human life.

Faith.  Love.  God.  The heart.   Truth, in these realms of the human experience, does not depend upon mathematical exactness, or data gathered from scientific observation.

Truth of the heart, truth of God, truth of Love, truth of faith – these truths are wild, inexact, compelling.

We arrive at these truths through the imagination.  So Paul does not say “You are in the light” – he says “You are the light.”