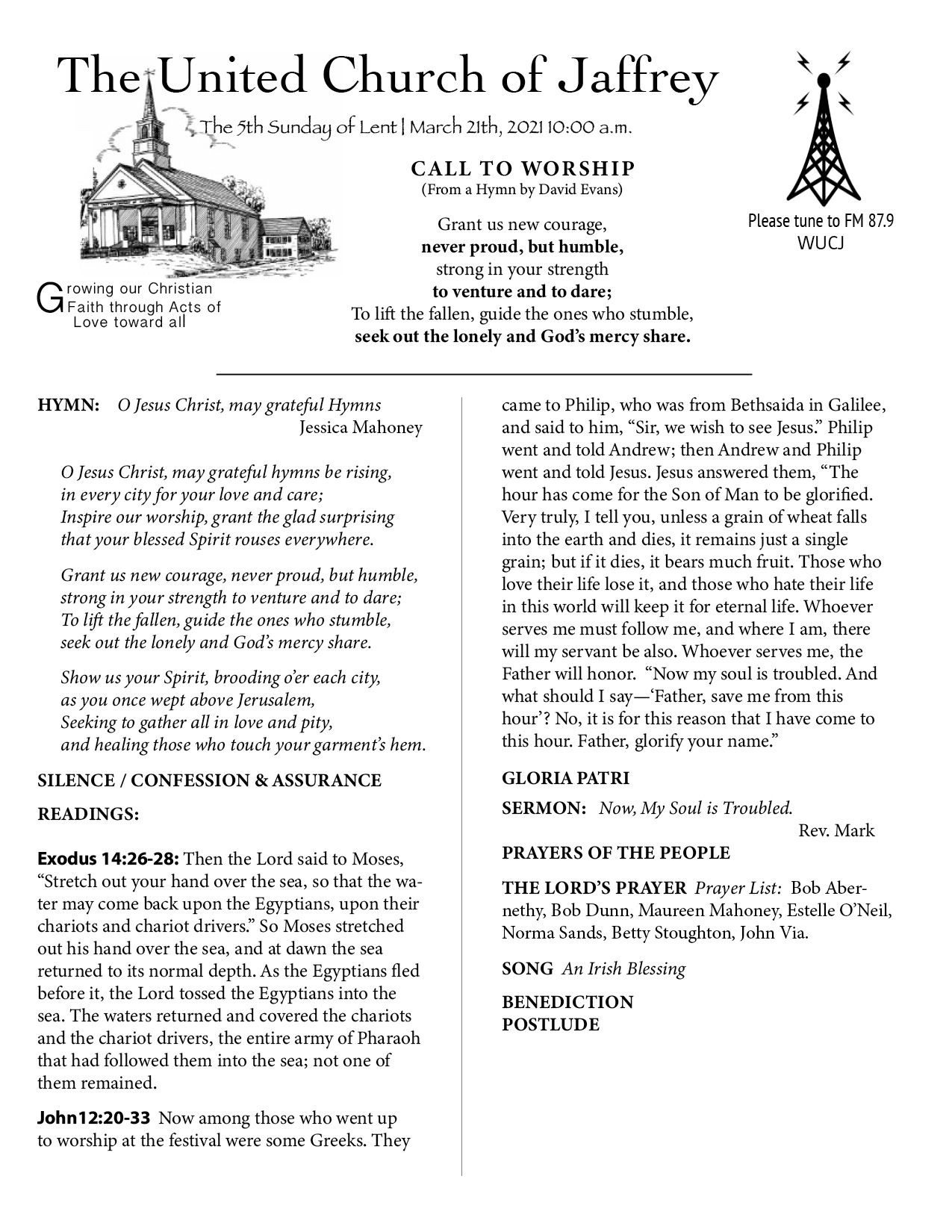 At that time, my family was living in Singapore, where my father had an important position as the Dean of a consortium of Theological Schools in South East Asia.  My father spent his days speaking about Christianity.  My mother, too, was a faithful Christian.  So it was quite natural that they should give their son a Bible.

At first I just glanced through the book, but soon I was entranced. The fat hardcover was filled with beautiful and elaborate paintings of Bible stories.  The paintings were dramatic!  I remember, for example the giraffe and the lion that didn’t make it onto the arc, being swept away into the torrent!

I spent hours upon hours looking at the pictures in that Bible, storing those images in my mind.

To this day, when I read Bible stories, it is often the pictures in that Bible that appear in mind’s eye.

One day I came upon the story of Moses and the Red Sea.  You can imagine how dramatic that scene was!

But the story puzzled me.

I went to my mother.

“Yes Honey?” she smiled, seeing that I was clutching the Bible in my hands.

“Why did God close the sea on top of the Egyptians?”

The smile disappeared from her face, and was replaced by a look of concern.

“Didn’t you tell me that God loves us all…”

“But God must not love the Egyptians.”

“I think God does love the Egyptians,” she said.

“But if God loved the Egyptians,” I persisted  “he wouldn’t have closed the sea on top of them, would he?”

“You are asking a hard question.” she said slowly.  “People have been asking that question for thousands of years.”

I remember this episode well, because I remember being both proud that I seemed to be asking the right questions, and unsatisfied with her apparent inability to give an answer.

My parents clearly didn’t know what they were in for when they gave me a Bible.  Still, they encouraged me to ask questions, and I did.  I may not have gotten great answers, but I did develop an intuition for poking at uncomfortable realities.

Eventually I did develop my own answer to the “Why did God close the sea on top of the Egyptians?” question.  How I got the answer is part of how I came to be standing here, in the back of this truck, preaching in the parking lot of a Christian church.

I want to preach about that today… but before I do, I want to acknowledge what happened this last week in Atlanta.

Four days ago, a young man went into a spa in Atlanta.  He was carrying a 9 millimeter gun that he’d bought hours before.

In the spa he shot five people.  Two of the victims died immediately.  Two died on the way to the hospital.  One survived.

The shooter — a 21 year old — went to another spa 30 miles away.  There he killed 3 more people.  Leaving this spa, he crossed the street to another spa and killed the woman who opened the door.

Six of the eight people that he murdered were women of Asian-American descent.  The other two were a white man and woman.  The one survivor is a hispanic man.

Even though six of the eight victims were Asian American women, the press coverage has been a little confused about the racial overtones of this crime.  There has been plenty of concern about the recent rise in hate crimes against in Asian-Americans.  The killer motivation is blurred — we don’t know if he hated Asian Americans, or if he was obsessed with them!  After his arrest, he claimed to be “tortured” by his addiction to sex, and that he had recently had a stint at an evangelical treatment facility for “sex addiction.”  His rampage, he claimed, was intended to “eliminate the temptation…”

Whether you blame this shooting spree on racial hatred or a toxic matrix of religious dysfunction and sexual obsession, the events have brought into high relief a trend that has been growing in the last year.  According to a recent study by the Center for the Study of Hate and Extremism, in 16 of America’s largest cities 2020 showed a nearly 150% increase in hate crimes against Asian-Americans over 2019.

Could this increase have anything to do with the corona virus being called the “Chinese” virus?

When I was trying to figure out whether or not I wanted to become a Christian minister, I did the only thing I really know how to do.

I wrote about the death of my father and mother.

My father had died suddenly and unexpectedly — an experience that shattered me.  I was broken open to mystery.  I remember writing in a journal that I felt like I was walking through a city in the aftermath of an earthquake, and that I knew that when things were rebuilt, they would look very different.

My mother died slowly, over time.  I cared for her.   I remember that when we left the house I had a ritual.  I would check to see if she was wearing warm enough clothes.  I would say to her: “Don’t forget your Cane.”  These were rituals of care.  This was my liturgy.  I wrote about this.

When it came time to apply to go to seminary, I wrote 17 drafts of a personal statement.  And it was during this process that my understanding of scripture changed.  I abandoned any notion that the Bible speaks the language of definition.  To define is to  tell what something is by indicating what it is not — by taming it, making it finite.  This is crucially important for all fields of human inquiry except religion.  To define God is to limit God, and to limit God is put God into your own particular box — and that is the most very dangerous thing to do.  The people who define God, do it to make God rigid — to make God conspire with their desire for power.

The young man who killed those women was damaged by this “define” theology.  People used the Bible to define sexuality as bad.

The Bible does not define.  It describes.  It describes — through narrative, symbol and metaphor — our attempts to be in relationship with the ultimate.  Description takes a lot longer than definition.  It includes many things.  That’s why the Bible is so long.

So if a seven year old approached me and asked me about God closing the sea on the Egyptians, I would say that the Bible is not defining what God did — it is describing what we think has ultimate importance to human life.  We — in this case, the Jews fleeing bondage — believed that God would stop at nothing — not even opening the sea — to free the people.  This is a powerful symbol.  And this same symbol — opening the sea for freedom — also closed in on the pursuers.

If the pursuers intended to bring the children of Israel back to bondage, the people believed that even the ocean itself would move to stop them.

This story does not define Egyptians as worthy of being killed.  Rather, it is a narrative description of the ultimate value of freedom from bondage.

This morning’s passage from the Gospel of John is a curious one.

You get curious passages in books that describe something that is almost impossible to describe.

Some Greeks show up who want to talk to Jesus.  The request goes up the chain of command (as it were) until two disciples, Andrew and Philip inflorm Jesus that these Greeks have requested an audience with him.  But instead of agreeing or disagreeing, to see the Greeks Jesus just goes off on his own thing.  The whole thing with the Greeks evaporates, and Jesus announces that

“The hour has come for the Son of Man to be glorified.”

Jesus seems to be preoccupied.  He knows something that no one else knows.  He knows about the betrayal, about the arrest, the denial, the cross.  He is anticipating it with a sense of foreboding.

Now my soul is troubled. And what should I say—‘Father, save me from this hour’? No, it is for this reason that I have come to this hour. Father, glorify your name.”

At one and the same moment, Jesus shows us his divine and his human nature.

His knowledge of what is destined for him is a divine knowledge.

And his feeling — his foreboding — is a human one.

Jesus is no stranger to pain.  He has, until this moment, been wandering Galilee teaching and healing a population of people in pain.

Perhaps he is looking off into the distance.  I see him, in this moment, trying to summon strength.  He is like you and me.  In this moment the pain of his story has becomes real to him.  It is not hypothetical anymore.  He is troubled.

What does it mean to be troubled?

What does it mean for God to be troubled?

When suffering becomes real, we are troubled.

My name is Koyama.  I am Asian-American.

Yes.  I am troubled today.

And in this I am not alone.

God is here with me.

It is only human to be troubled when violence threatens.

But must I wait for my people to start dying before I become troubled?

Was I not already troubled?

Was I not troubled by Newtown?

That is what this scripture has described for us — A God who experiences human pain, and is troubled.

So when a human says “I can’t breath”

And now, my soul too, is troubled.