Delivered to the United Church of Jaffrey
November 27th, 2016

Pay attention!
Pay attention…
Interesting isn’t it?
Why is it “Pay attention?”
We use this verb “pay” when we ask for someone’s attention.”
It’s a peculiar word to choose – it’s a word that we usually use in relation to money –
we “pay” our mortgage
We “pay” car insurance.
We “pay” taxes.
Interesting isn’t it?
I never thought of it before – but when someone says “pay attention” that person is not only saying “please listen” …
The person is saying: “what I am about to say is worth something to you.
It’s worth enough that you should “pay” me for it.
But of course, when we hear the word “pay” we inevitably think of money.
But this morning, I want to rethink this inevitable connection between “pay” and money.
I’d like to suggest that “pay attention” might have a different meaning for Jesus Christ than it does for us.
But first, a word or two about pie-crust. 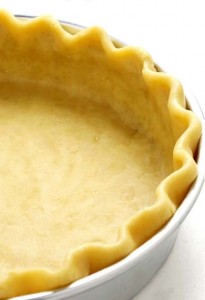 I’m generally not a stickler when it comes to following recipes.
This subject came up in conversation on the day before Thanskgiving, when one of the sister-in-laws was waxing eloquent about the virtues of a particular recipe.
It could be because my first love is interpretation. I balk against the way recipes insist that you follow instructions precisely – one quarter teaspoon of this, one pinch of that. I like taking a recipe and breaking the rules – changing a portion here, or a ingredient there. This “rule breaking” feels like the working of the imagination – which is something I cherish.
I must admit, of course, that my culinary disobedience is a luxury that I enjoy because of Cary, who obliges me by following recipes very carefully, and then teaching them to me. They come to me in one piece. It is not until I get my hands it that a perfectly good recipe becomes an unpredictable creature.
These observations inspired some mirth. But no sooner had I made this passionate defense of the virtues of culinary imagination, then I went to the kitchen, and proved myself wrong.
I was making pie crusts.
I pride myself on my pies. My apple pies have a developed a devout following among my family, and my recent forays into Strawberry Rhubarb have been well received – if I do say so myself.
But this has not always been the case.
There was a time when my pies were not that great. The filling was usually fine, but the crusts were not good. Sometimes they were soggy and tasteless. At other times they were dry and leathery.
It was not until I really paid attention to the wisdom of the recipe, that I started to succeed.
Because if you want to make a really great pie, you have to make a really great crust.
And if you want to make a really great crust, you have to follow the recipe to the letter.
The ingredients aren’t tricky. No. It’s mainly just butter, flour and water. The rest, as they say, is window dressing.
The proportions that are not hard.
All this is pretty simple.
The tricky thing about making a good crust is the timing.
You can’t rush the maneuver.
The butter needs to be ice cold – not just cold. And that takes time.
And the inexperienced pie maker will be tempted to skip the part of the recipe that stipulates that the dough should be chilled for an hour in the fridge before being rolled out.
Don’t skip that part.
Follow the recipe!
The edition of The Joy of Cooking that sits on our shelf includes the following quote:
Whatever the nation, skill in pastry making has been regarded worldwide as a passport to matrimony.
Pie making prowess has helped my marriage, I think, but it the real moment when my heart swells with bliss, is when my sons sneak up to me after dinner and say:
“Is it pie time yet?”

While the dough was in the fridge, I wandered out of the kitchen and into the living room.
My two sons were playing a card game with their cousin. My niece was sitting with her grandfather. My niece must have worn out her poor grandfather, because seeing me come in she turned to me and said:
“Tell me a story.”
“What kind of story?”
“A terrible story” she said, with an impish grin. “Hasn’t anything really awful ever happened to you?
“OK” I said. “When I was ten years old, my family lived in a house that was perched on a steep hill. There was a foot path that swooped fron our front door down to the street level, and at the bottom of that long steep footpath, there was a brick wall.
You know where this is going don’t you?
One day, I decide to go rock hopping down in the creek, so I put on my rubber boots and jumped on my bike.
The rubber boots were a great idea for rock hopping, but they were not a great idea for riding a bike that had foot brakes.
I leapt onto my bike at the top of that steep footpath, and tried, for a few moments, to get my boots onto the foot brakes. But I never got the boots on the brakes. So I never stopped until I hit that brick wall.
The impact broke my jaw into three pieces. It was broken off on both sides, and split down the middle. My friends, who had witnessed the whole thing, picked me up and dragged me back up the walk and rang the bell. My mother was not there – she had taken my sister to a violin lesson on the otherside of town. My father, the inscrutable, slightly disheveled Japanese theologian, came to the door, saw me, and immediately went into shock.
“OH!” What happened?”
Dad turned to my brother Jim, who was standing behind him.
“Is this an emergency?” he asked.
“Yes,” my brother said. “This is an emergency!”
An ambulance came and took me to the hospital. I spent a month in the hospital, and had three operations. A dental surgeon rebuilt my shattered mouth. My jaw was wired shut, so for three months, I ate protein shakes through a straw.
But the thing I remember most about that time was not the surgery, or the hospital, or the millions of shots I had to get.
The thing I remember most about that time was a powerful sense of wonder.
Everyday, my mother – who worked a few blocks away at the university library – came to my bedside at lunchtime and again after work, and read The Lord of the Rings to me.
Everyday she led me through the winding story
Introduced me to the beauty and the pleasure of language
Gave me the gift of an unbridled imagination.
By paying attention to me
She taught me how to pay attention.

Hear these words, from Paul’s letter to the Romans:

Love, it was, that lit the star and set singing the heavenly chorus, but love also appeared in the distinctly less magnificent setting of the stable, and called to the men working the night shift in the fields.
Just like lowly Jesus in the manger – that which is most precious to us, can be found, miraculously, within the normal. Love found in the “Joy of Cooking.” Love found in “The Lord of the Rings.”
It’s there.
To find it, you only need to do one thing.
Pay attention.
Amen.