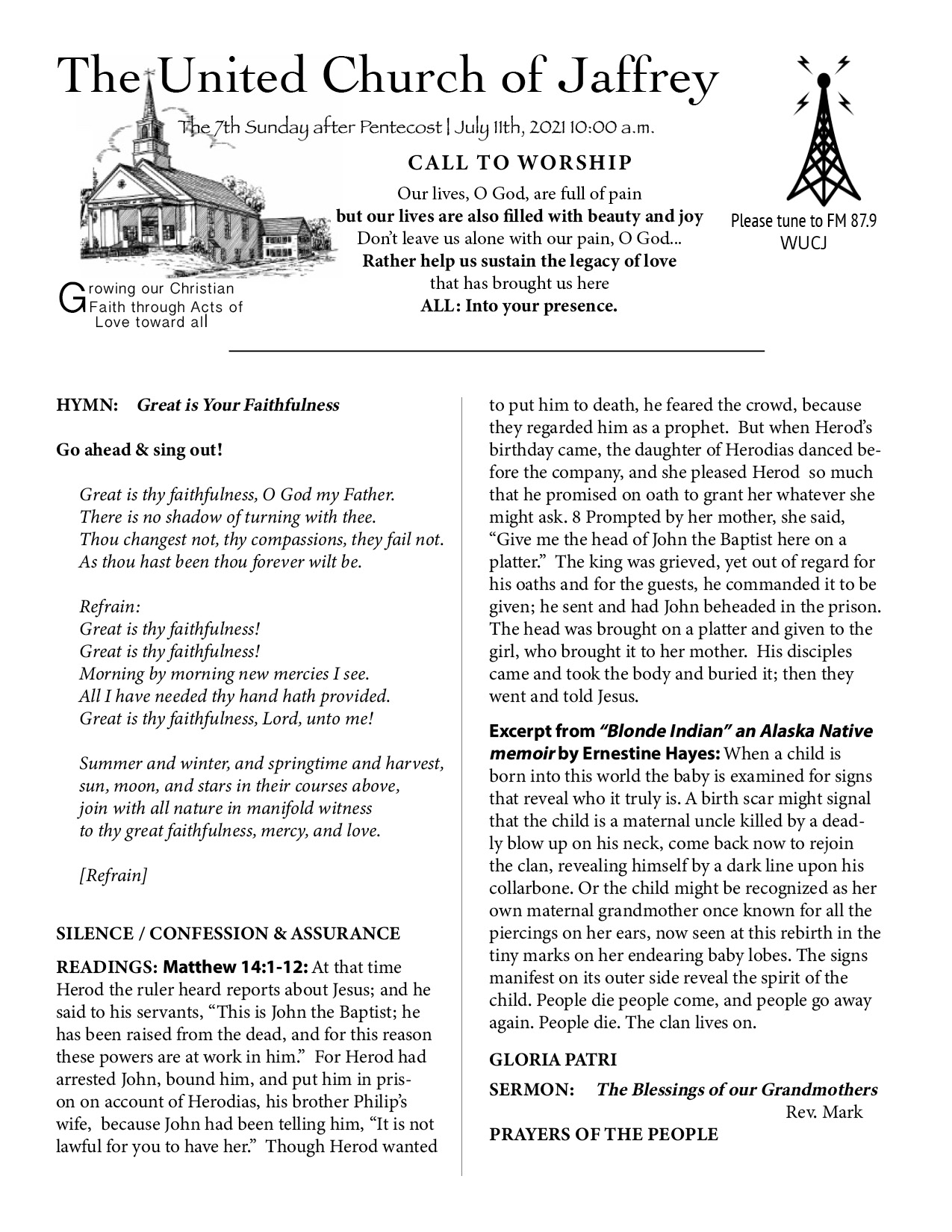 There’s a mysterious photograph of my paternal grandmother — my obaasan — that captures her standing beside her tidy little domicile, surveying her garden.   The camera is distant enough that you cannot quite make out the expression on her face, but there is something about her stance that communicates a kind of weary contentment.  She is, I believe, employing that universal hands-on-hips stance that women everywhere use to establish loving dominion over that — or those — that they legitimately preside over.  Some bed linens are hanging out to dry, and the garden, though not ornate, is neatly appointed, with rocks carefully placed to define paths and flower beds.

Obaasan looks like she is, perhaps in her mid-thirties — her hair is still black, but she doesn’t exude the innocence of a woman in her twenties.  Since Tama Yuma (my Obaasan’s maiden name) was born in the year 1900, the year that the photograph was taken can be approximated by looking at her hair.  Her black hair and her maternal air suggest to me that she is, say about 35 — that make the year 1935.

Obassan’s apparent age is the source of the mystery.  You see Zentaro Koyama, Tama’s husband and my paternal grandfather, had a successful retail establishment selling kimono in the Ginza district of Tokyo — a profitable venture that could easily have provided Obaasan with the tidy little dominion pictured here — but she could not have been in her 30’s when this picture was taken!  Why?  Because that kimono shop was burned to the ground in the great Kanto earthquake that hit Tokyo in September of 1923.  The Koyama’s and their five children descended into poverty in 1923, and never recovered.  Zentaro died penniless of pneumonia in a Buddhist Charity hospital in 1937.

Last Monday, when I looked at the lectionary to find out what the gospel reading was, my first inclination was to say to myself — “no!… I’m not going to preach on that horrible story…

What… what… I asked myself, is there to gain from looking, once again, at this grim tale of palace intrigue; this history of a murder?

The last thing I wanted to do was add my voice to the centuries-old chorus that uses this story as incontrovertible evidence of the treachery of women.

Women, like men, are capable of evil intent — that’s true enough — but is it up to me to add God’s voice to this indictment by suggesting that there is some “gospel truth” to this reality?

So I decided to find a different passage to preach about.

But as the week progressed and I puttered about in my garden (or stood about watching the rain and wishing I could putter about in my garden) — I found that this story of the death of John the Baptist kept returning to my mind.

It was stuck there…

The story begins with Herod who has gotten wind of the fact that Jesus is wandering Galilee healing people and generally making a holy ruckus…  but instead of being concerned about Jesus, as you might expect him to be, Herod floats a really strange theory.  The text reports that Herod…

“..said to his servants, “This is John the Baptist; he has been raised from the dead…”

Jesus is doing amazing things, but Herod can’t see it?

Because Herod is fixated on John the Baptist…

Why?  What’s the big deal about John the Baptist?

The narrative moves backward in time and tells the whole sordid tale of intrigue and death, in order to explain.

The truth is, Herod is afraid of John the Baptist.

You might think that Herod could rest easy — after all, John The Baptist was dead — we learn from the story that the prophet’s head was served up on a platter.

Herod is still scared of John the Baptist.

I tried to move to another scripture, but couldn’t.  Watching the rain soaking my raised beds, I thought about this — this strange thing.  How come Herod can so easily dismiss what seems to be a very significant factor that would protect him from John the Baptist — the indisputable fact that John was dead — dead as a doornail?

Think about that for a moment.

The Empire of Japan had been amassing its military power for decades, when, in July of 1937, the Marco Polo Bridge incident gave the Japanese military the excuse it needed to mount a full scale invasion of China.

While my grandmother was mourning the loss of her husband;

while she was imagining how she was going to keep 5 children alive without a husband;

while she was trying to figure out all these things…

the nation of Japan had started a war.

The years that followed were a time of extraordinary suffering and deprivation.  On the night of March 10-11th, 1945, the American military conducted a bombing campaign in which, according to wikipedia:

More than 90,000 and possibly over 100,000 Japanese people were killed, mostly civilians, and one million were left homeless, making it the most destructive single air attack in human history.

These are horrifying statistics.  Yet here is another statistic: 100 percent of  Obaasan children survived that bombing campaign.

100 percent of Obaasan’s children survived the extreme deprivation of the Occupation period that followed the war.

My father, and his siblings

me and my siblings, and all our children

all my cousins, and all of their offspring —

all of us, owe our very existence to that small woman.  She — that diminutive Japanese lady looking out over her garden with her hands on her hips — it was her strength and her ingenuity that defied the immense geo-political machinations of an entire world, torn asunder by bloody conflict to keep her children alive.

How did she do it?

King Herod’s strange obsession with John the Baptist reveals something essential about what it means to be human.

Before a person does something that is deeply wrong, the perpetrator has the illusion that the act itself is the most difficult hurdle to overcome.

The victim may be dead, but the perpetrator must live — must live with the knowledge of what he or she has done.

The victim moves inside the soul of the murderer.

This is why violence and killing never really solves anything.

Murder may give the temporary illusion of being a solution — but, as Herod demonstrates in this passage — there is no escape from the stain…

A similar observation can be said about love…

There is no escaping the legacy of love…

Love, as Jesus taught us, does not die.  It resurrects.

Physically, she is gone…

And yet I feel her presence when I care for my children.

I feel her presence when I cherish my wife…

I feel her presence when I love my friends…

I feel her presence when the sun finally comes out and I get to putter around in my garden, put my hands on my hips and survey my domain with a quiet, weary contentment.

The Bible often speaks of the “sins of the fathers…”

What about the “blessings of the Grandmothers…”

And lets pass down to our children…

The blessings of our grandmothers.