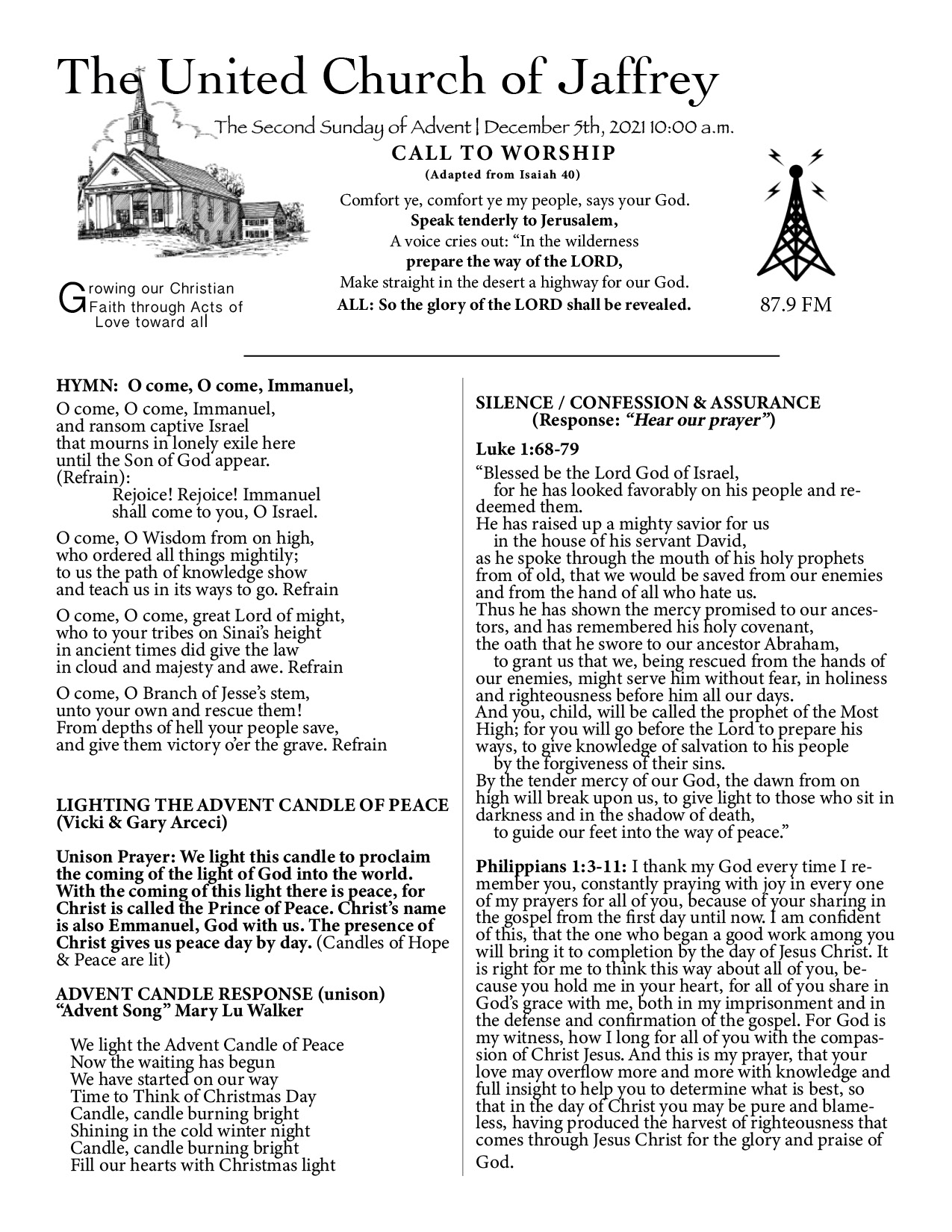 It would be inaccurate to give you folks the impression that my family routinely engages in high powered banter concerning matters historical and ethical, but there was a moment, somewhere in Northern Virginia, when our Subaru Forester (which was hightailing it northwards on Interstate 81 at a rapid clip) became a kind of high spirited debate on wheels.  Someone we knew – a young and very high-minded intellectual – had made the suggestion that it would be a good idea to rename “Thanksgiving” and call it “The Day of Mourning.”  This idea had stuck, as it were, like a turkey bone in my son Silas’ craw.  He complained:

“When we get together with family and have a fun meal together, we are doing something good, not something bad.  Why do some people want to say that Thanksgiving is a bad thing?  I mean, can you imagine getting together for a “day of mourning” feast?  How depressing!”

“That’s true,” I said, “but I think the idea here is to shock folks into admitting that the name “Thanksgiving” is based on a myth that was made up by colonizers. It’s a sweet little story about how some native people shared food with hungry Pilgrims.  But that’s probably not at all what happened.  If you asked a Native American person what happened on Thanksgiving, they might call it “a day of mourning.”

“OK,” he said, “But does that mean that if something bad happened in the past, we can’t enjoy ourselves now? Why should we be held responsible? We didn’t do it.  Maybe we can learn about the bad things that were done to the Native Americans and still enjoy a nice meal with our family…”

Once Silas gets going, he only stops to take a breath before he barrels on:

“One of my friends at school said that we should take down the statue of Thomas Jefferson because he owned slaves, and I was like, “wait a second, didn’t he do some good things?  Wasn’t he the guy with the Declaration of Independence?  Just because he did some bad things, does that make him all bad?”

At this point my other son, Amos – chimed in:

“I have an opinion about this,” he said.  He speaks more slowly and with some deliberation: “I’ve given this some considered thought, and I think that you have to take into account the time that a person lived in.  Thomas Jefferson lived during a time when it was normal to have slaves. So when you measure his moral character, you have to take that into account.  You can’t measure him according to today’s standards.”

The two of you have brought us to the familiar argument that I want to consider this morning.

The problem is a methodological one – that is – if you base your method around this mistake, you will have problems.  The historian who judges Jefferson’s actions by the moral standards of today is guilty of a fallacy called “presentism” – with the result that our understanding of Jefferson becomes distorted by the cultural biases and reflexes of the present.

That would be a problem.

But as soon as I start to think very much about all this, I realize that I, as a minister, have some skin in this game.  Just like a historian, I must never lose sight of the fact that I am interpreting a text – a story – about a person who lived a very long time ago.  Not the mere two hundred and change years that separates us from Thomas Jefferson – but, indeed more than ten times that long – more than two thousand years.

This concern, this process of making the gospel story relevant to the now is given material assistance by two important factors.

The first of these is that the process of making the gospel story relevant to the now is woven into the DNA of the scriptural tradition itself.

You can see this quite clearly in today’s two passages.

In the first passage – from the first chapter of Luke – the temple priest Zechariah, offers a famous blessing for his newborn son, John.  This John, son of Zechariah, is not just anyone old John.  This John will later be known as John the Baptist, and it will be his singular purpose to “make the way” for Christ’s appearance. Jesus himself has not yet been born, but in spite of this there is, built into Zechariah’s blessing (which is also known as the Benedictus) an expectation of what that generation – Zechariah’s generation wants from a messiah.

Zechariah expects “a mighty savior” to appear from the house of David.

This mighty savior is to be the fulfillment of the “holy covenant, the oath that God swore to our ancestor Abraham.”

Zechariah states not once, but twice that this “mighty savior” will save Israel from its enemies “and from the hands of those who hate us.”

Finally, Zechariah’s mighty savior will bring about the “tender mercy of our God, the dawn from on high will break upon us, to give light to those who sit in darkness and in the shadow of death,

to guide our feet into the way of peace.”

It is quite evident that Zechariah’s “mighty savior” has two primary characteristics – he will be the fulfillment of Jewish prophecy, and he will liberate Israel from its enemies.   Zechariah’s mighty savior sounds a bit like a military general – a figure who will bring about regime change on a grand scale.

It is, perhaps, not surprising that Zechariah should envision such a militaristic messiah.  Scripture – the prophet Isaiah in particular – had given him cause to expect such a messiah – a messiah that would conform readily to the earnest needs of his time.  Israel, during antiquity, had been under foreign domination in one form or another for most of its history.

Zechariah’s “mighty savior” stands in stark contrast to the “Christ Jesus” that we discover in Paul’s letter to the Phillipians.  This is not a Geopolitical Jesus who will bring about regime change.  This is a deeply personal Christ that abides within and promotes sharing and communication:

I thank my God every time I remember you, Paul writes, constantly praying with joy in every one of my prayers for all of you, because of your sharing in the gospel from the first day until now.

It is right for me to think this way about all of you, because you hold me in your heart, for all of you share in God’s grace with me, both in my imprisonment and in the defense and confirmation of the gospel.

For God is my witness, how I long for all of you with the compassion of Christ Jesus.

The compassion of Christ Jesus!

And this is my prayer, Paul continues: that your love may overflow more and more with knowledge and full insight to help you to determine what is best, so that in the day of Christ you may be pure and blameless, having produced the harvest of righteousness that comes through Jesus Christ for the glory and praise of God.

Jesus, in Paul’s time, has moved from being a military leader, to being an internal presence – a source of love, a teacher who helps us to share and to have compassion.  This Jesus is a Jesus who responds meaningfully to a community of believers experiencing the persecution of the Roman empire.  This Jesus is meaningful to a community of people who need ready access to their internal resources, to be resilient and righteous in the face of profound hardship.

What is the other?

The other is the claim – audaciously made by all the religions of the world – and no less, by our faith that is based upon the life of Jesus: that there are some principles that are of distinct religious and moral value regardless of the time period of which you speak.  People of faith – are committed to these elements across time.  We recognize them, perhaps, as part of an eternal now.

Among these are the ideas for which we light candles during advent: hope, peace, joy, love.

These principles of the eternal now, find improbable but profound expression in an infant child, born in a faraway manger.  Hope Peace Joy and Love are the deeply personal responses that are awoken within us when we hold an infant.  These responses occur in the human heart at every stage of human history, and I suggest to you this morning, that had Thomas Jefferson been more attuned to Christ’s call for compassion — if Jefferson had, perhaps, spent more time holding infant children in his arms — he might have understood that slavery was the deepest sin — a moral affront to humanity in any age.

These principles – which find themselves expressed at the core of all religious faith – lay claim to value that is not situated in time, but rather in something beyond time.  Something mysterious.  Something undeniable.  Something that is both beyond us, and inside us.

Finally, let me express all this in another way — through a contemporary voice:  I conclude my sermon with a recitation to the poem, Those Winter Sundays  by the African American poet Robert Hayden.  You can find the poem printed in the bulletin.  Please feel free to read along…

Those Winter Sundays  By Robert Hayden

Sundays too my father got up early

and put his clothes on in the blueblack cold,

then with cracked hands that ached

from labor in the weekday weather made

banked fires blaze. No one ever thanked him.

When the rooms were warm, he’d call,

and slowly I would rise and dress,

fearing the chronic angers of that house,

Speaking indifferently to him,

who had driven out the cold

and polished my good shoes as well.

of love’s austere and lonely offices?