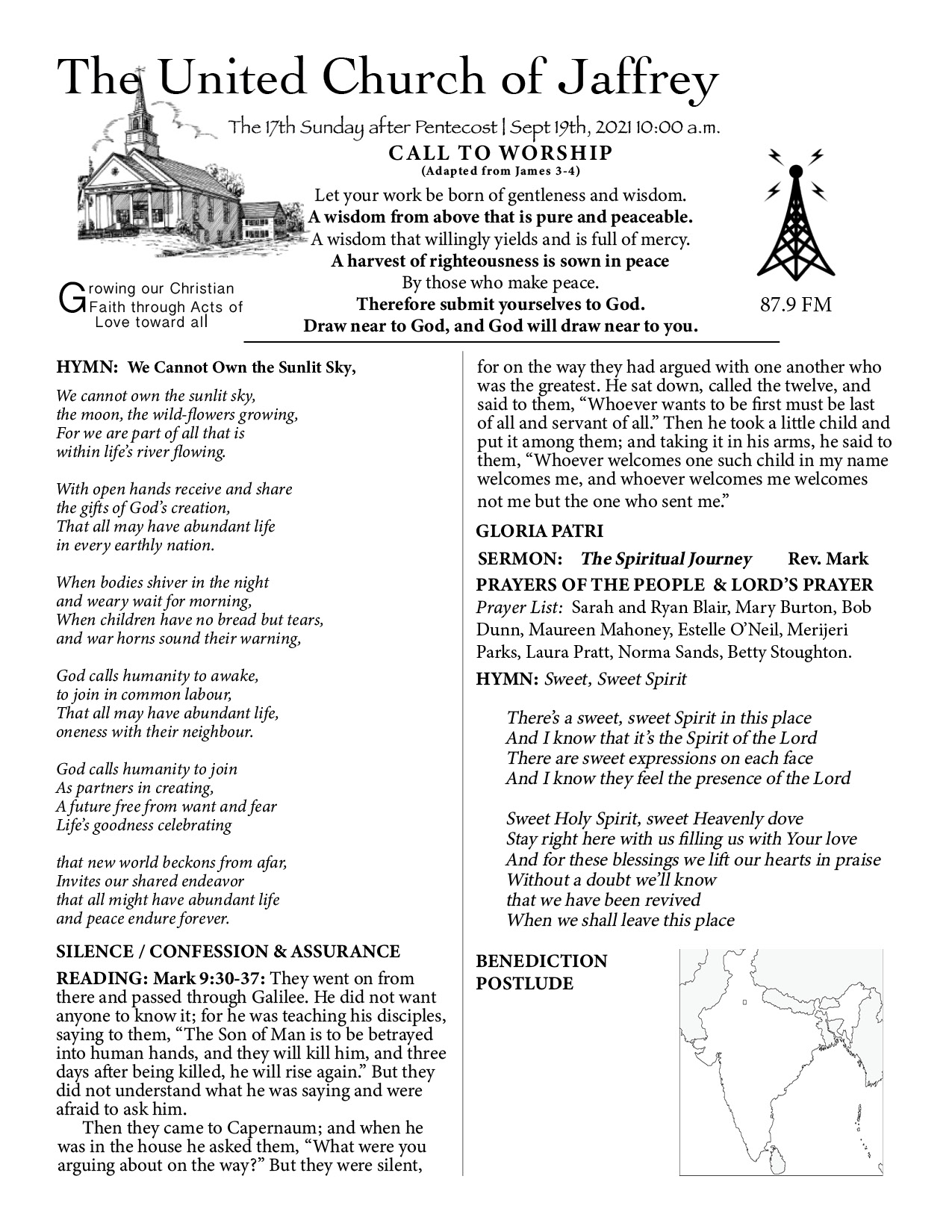 I learned about the spring from my Ethiopian friend.

“I like to bathe there,” he said.  “But if you want to do that, you must ask the gardener for help.”

In the late afternoon, I found the gardener sweeping leaves out in front of the meditation hall.  He did not speak English — but bathing is a universal idea that can be communicated with hand gestures.

He set aside his broom and led me around back, where he gave me a bucket and a bar of soap.  He pointed out toward the edge of the compound and spoke to me in a sudden burst of Singhalese, as if, by speaking quickly enough, I would magically understand him.  And I did!  Without understanding, I understood perfectly:

The path is there.

I went to the spot where the path entered the trees and, turning, saw the old man watching me.  His mouth broke open in a toothless smile.

Go ahead, said his smile.

Go ahead, said his hands.

The path wandered off into the late afternoon.

Soon I came to a wide hollow in the hillside where the trees and the tropical vegetation gave way to a heath-like expanse of shoulder high grass that stretched up to the hilltop, brittle gray in the equatorial heat.  In the center of this hollow, the grass was cut back to create a small circle around the spring — a small pool surrounded by rocks.

The tropical heat was complete.  The sky was open above me. I removed my sandals and the white shirt of the meditation hall, but, out of respect for Sri Lankan modesty, kept the white cotton sarong knotted at my waist.  Stooping, I filled the bucket, and poured the cool water over my head.

I can tell you what I remember about the next fifteen minutes of my life — that the sky was going on towards evening… that I was alone in the hollow of the hills… that the water was a long blessing in that tropical land… that the chorus of cicadas made the silence complete… that just beyond the palm trees lay, I knew, a view stretching many miles across of the Sri Lankan hills to a distant horizon… I can tell you all these things, but none of these details can account for the ever deepening certainty that I felt, with each joyful bucketful of water, that this self, this Mark Koyama, with his clothes, his nationality, his family, his modest achievements and bitter failures– that it was all splashing away into a wondrous and welcome nothingness.

The spiritual journey is a personal journey.

Alone, in the wide world, it is possible to become blessedly lost in pure joy.  Creation reaches out and reclaims you.  Consciousness seems, no longer, an idea tethered to a single body.  The water falls, and with it this idea that “I am me” is revealed to be altogether inadequate to the mystery that surrounds us.  This body — does it limit awareness?… the water says no.  This skin, awake to rebirth, opens to a whole new experience of what is.  The water says Yes!

It was 1987, and I was on a semester abroad program, studying in a university in the ancient city of Kandy which is in the mountainous center of the island nation.  I entered this program, because I was a religion major in college, and I was drawn to Buddhism–the religion that my Japanese  father’s family pushed aside when they were baptized as Christians.

I was fascinated by Buddhism.

I was entranced by Sri Lanka, a majority Buddhist country.

So it was that I ended up at Nilambe — a lay meditation center on the top of a mountain in the midst of the tea plantations of Sri Lanka.  For two weeks, I endured rounds of pre-dawn meditation sessions.  I observed day long vows of silence, ate very little and read very much.

I was trying it all on.

Was this for me?

I could follow the path, but I had to encounter his truth through my own effort…

I could not lean on anyone else.

In order to reach enlightenment, the Buddha left his family behind.

The spiritual journey that he led me to was a real one — one that brought about deep insight and great spiritual awakening.

It is a personal spiritual journey.  A solitary one.

And what of our mutual friend and brother Jesus?

Was his spiritual journey a solitary one?

I think he is different from the Buddha, in that he did not teach his disciples that they had to do the work themselves.

Jesus was always trying to connect with people.

Jesus was always trying to connect people with God…

He always tried… but he did not always succeed — and when he failed to make a connection, his disappointment can be felt in the text.

I can feel it in today’s lesson from the 9th chapter of Mark’s Gospel.

As Jesus and his disciples pass through Galilee, he attempts to do so quietly, because he wants to tell the disciples something important.  He needs to tell them what is going to happen to him — that he will…

be betrayed into human hands, and they will kill him, and three days after being killed, he will rise again

This prophecy, it is clear, is quite important to Jesus — it is a painful truth that only he can tell them, and it seems to take a lot out of him to tell it.  He arranges their journey around his need for privacy, as he opens himself to them in a vulnerable way.

But they don’t get it.

but those close to him do not understand him.

They are afraid of him.

At the heart of this story is kind of pain.  The pain of an intimate moment that is lost.  A connection that has gone awry.

During the one spring that my mother lived with me as my father’s widow, we would take daily walks in the quiet residential streets behind my house.  On one of these walks she broke a long silence with these words:

“Dad’s still with me,” she said. “This grief is my new way of loving him.”

And in her way, my mother, in her last years, gave me just such an unexpected gift – a new way to love.   I was her healthcare advocate, later as her caretaker and finally as her nurse.  If my father’s abrupt death was a seismic event, my mother’s decline was a gradual transition—a time, tutored by the deep, knowing silences of loss.  Her care became the ritual of my days—an intimacy with its built-in rhythms: the trips to the pharmacy, the making of meals, the morning walk, the bathing, and the timing of the endless pills.   All this careful attention, supported by an abiding love gave those days a liturgical quality – as if, in serving my mother, I was serving something else also – something essential and beautiful that was hiding within these everyday acts.

It was at this time that I began going to church — at first just to  accompany my mother.  Soon I was drawn to the community and realized, almost in spite of myself, that my spirit was being nourished in new and unexpected ways.  My new community was an improbable group of friends and spiritual colleagues – many of them considerably older and from very different socio-economic and cultural backgrounds.  And yet friends and spiritual colleagues they undoubtedly became.  Community was a simple but powerful balm during my time of grief – a grief that deepened when my mother died.

At the heart of this story is the beauty of connection.  A connection that overcomes all — even death.

When Jesus and his disciples arrived in Capernaum, Jesus asked the disciples what they were talking about along the way.

Again, they fear him.

They don’t want to admit that they were selfishly debating which of them was the greatest.

But Jesus knew what they had been talking about.

““Whoever wants to be first, he says, must be last of all and servant of all.”

He said “welcome this child.”

And so, Christianity is a religion that comes most fully to life in connection.

Ours is the spiritual journey that takes place in-community.

I often hear young people say that they are “spiritual but not religious.”

What do they mean?

Perhaps they have felt some stirrings, like those I felt at that spring in the mountains of Sri Lanka, and they have come to believe that this is al they need.

Why bother with church if you can make a connection to the eternal without all fuss of and trouble of being in community?

When they reached Capernaum, Jesus insisted.  In the second part of today’s gospel story — Jesus insisted that connection is at the core of salvation.

And that my friends, is why I am standing here with you in this parking lot this morning.

I may have a shaved head, but I’m not wearing a saffron robe.

I do not throw away the wisdom of the Buddha, and his renunciation.

But I, like Jesus, insist that religion, at its core is about connection.