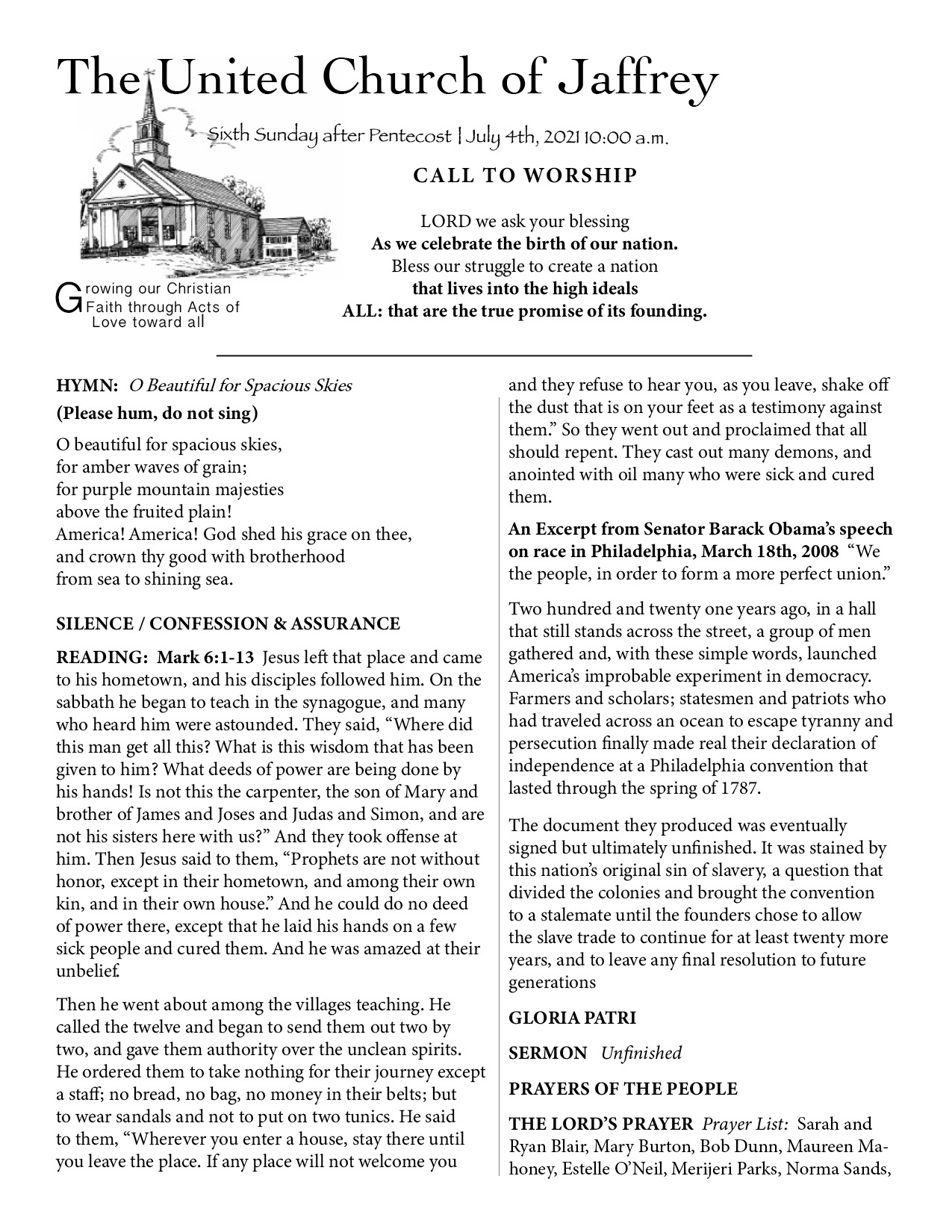 I’m not a huge fan of book jackets.

For the most part, book jackets are a nuisance, and unless they are stunningly beautiful, or simply must be kept in order to enhance the value of a rare first edition, my tendency, when I get a new book, is to take off the book jacket and consign it to the nearest paper recycle bin.

Bear with me if you please… I think this is going somewhere.

Recently, while I was in Virginia, I happened to come across a book — a cookbook — that I wanted, and since the price was right, I bought it.  What happened next?  You guessed it… I took off the book jacket.  But this time, when I did so I discovered something that made me pause…

Book jacket and the cover of the book itself were printed in precisely the same manner.

My first thought was a practical one: Why on earth would the publishers bother going through the trouble and expense to make a book jacket if it looks exactly the same as the cover?

Also, because I am a poet and a preacher, and, well, just because I can’t help myself… I also started thinking in a theological way…

The mere possibility that outside and inside are identical undermines any notion of religion.

If our outside and our inside were the same we would be hard.

If the outside and the inside were the same we would be invulnerable to change.

Religion is based upon the idea that what is inside is more complex, more mysterious, and ultimately more rich than what is on the outside.

Inside rich — this is a very religious idea.

Hidden inside us is a storehouse of possibility — this is a religious idea.

The things that we uncover through struggle offer us the possibility of transformation — this is what religion is all about.

Luckily, I don’t think there is really much possibility that this idea — that outside and inside are identical — could ever truly threaten the nature of religion because, after all, there is nothing about our insides that resembles our outsides.   We are organic creatures, and both physically and spiritually, we are, by nature, much more complex on the inside than we are on the outside.  What’s more, we are never the same from one day to the next — each day we are more experienced, more gray, more wrinkly, and hopefully wiser than we were the day before.

I have to tell you that I recently had the profound good fortune to be present when an absolutely delightful human being named Nikki Giovanni gave an online poetry reading.  The Community college that sponsored the event recorded the reading, so I could go back and get this quote for you, word for word.  Right after she was introduced Nikki said this:

Thank you very much.  I’m delighted to be here.  I am 77.   I will soon be 78 and I recommended it!  For all of you who are young, I know that you can’t help it and so we’re hoping that you’ll just get through it.  There’s nothing worse than being a teenager and there’s probably very little worse than being in your mid-20s. I definitely recommend 50 because by then the children are pretty much out of the house, or should be, and your home is mostly paid for, your car is paid for, the dog has its shots and so things are moving along pretty well.  You have someone you love.  I just recommend old age.  I think it’s a lot of fun and I want you to take care of yourself so that you reach it…

It’s so refreshing to hear from someone who is living fully into who they have become — who they are becoming.

Nikki Giovanni is not fighting to stay young.  She is enjoying being old.

The complexity that is within her is shining out of her.

Religion is not about outward appearance — it’s about inner depth.

Each of us has a reservoir of spirit deep inside us that ripples outward when a child drops a pebble in.

We are not hard impervious objects, perfectly smooth…

Thanks be to God we are not hard…

We are in process…

This reminds me of a story that my father told me a few months before he died.  Luckily I was filming him when he told me this story, so again, I can quote it for you word for word:

“Long ago, I went to Rangoon, in Burma. In the countryside I saw a huge tree. It was a hot day. Three mothers sat in the shade of the tree breastfeeding their babies.  What a beautiful sight!  This was a picture that God drew.  This picture represents the gospel.  Thoughts should be soft.  Soft thoughts start by embracing relationships first.  That big tree was creating soft shade for those mothers.  The mother’s, in turn, nourished their babies, cradling them to the breast.

Not only are we deep, mysterious creatures — we are also soft.

This is, indeed, a picture that God drew.

God is in the softness of the mother’s breast

God is in the blessed respite of the shady tree…

God is in the infant’s hunger

God is in the relationship

God can draw because we are soft,

Because we are unfinished, mysterious and beautiful creatures, who thrive because of relationship…

We live because we love…

And this is all the faith we need.

God — who came and walked among us as a young Jewish man — was not hard.

He was soft in the sense that he had an instinct for relationship.

Time and again, his actions showed that he was happy to break the rules if the rules were acting to separate him from the people he encountered.

Yes, he ate with tax collectors and prostitutes, even though doing so provoked the displeasure of those around him.

When he healed people, it did not matter to him who the person was — what station they held, or who their parents were.

The same softness, however, could not be said for may of the people he rain into in his journeys.

The people in his hometown for example.

They got all bent out of shape about him.  They thought — isn’t he just that guy?  Isn’t this his brother and this his sister?  When did he get too big for his britches?

This “faithlessness” was a kind of hardness.  It was a way that the people in his hometown could dismiss the truth that came from Jesus.

They did not see him.

They did not judge him by the content of his character.

They judged him based on their preconceived idea of who they thought he was.

Today is the fourth of July.

On the fourth of July, we celebrate the birth of our nation.

On this date in the year 1776 — that is, 245 years ago — a group of men who have come to be known as the “Founding Fathers” gathered in Philadelphia, and signed the Declaration of Independence.

In that Declaration, the founding fathers wrote the following famous words:

“We hold these truths to be self-evident, that all men are created equal, that they are endowed by their Creator with certain unalienable Rights, that among these are Life, Liberty and the pursuit of Happiness.

On the surface these words sound perfect…

But they were not perfect.

They needed to become more perfect.

When he was challenged to address the question of race, during the 2008 presidential election, then Senator Barack Obama pointed out that, The document they produced was eventually signed but ultimately, it was unfinished. It was stained by this nation’s original sin of slavery, a question that divided the colonies and brought the convention to a stalemate until the founders chose to allow the slave trade to continue…

But we are not there yet.

The job is unfinished.

And we will never get there, until all men and all women, regardless of who their parents were, how they arrived on these shores, who they love, what gender they express, and whether they move on feet or on wheels, can all be accorded the dignity of being sacred children of God.

We won’t get to perfect union if we are hard.

We won’t get there if we are invulnerable.

to recognize and honor the complex depths and be nourished by them.

And we can also do what Jesus did — it’s always worth considering that.

What did Jesus do?

When he encountered that hardness, the text says “he could do no deed of power…”

How then, did he proceed?

He asked for help…

He called the twelve and began to send them out two by two, and gave them authority over the unclean spirits.

Brothers and sisters in Christ — you have been called.

Called and sent out, two by two, to encounter and to soften the souls  that you encounter.

To bring about a more perfect union.

To make a picture…

A picture that God drew.