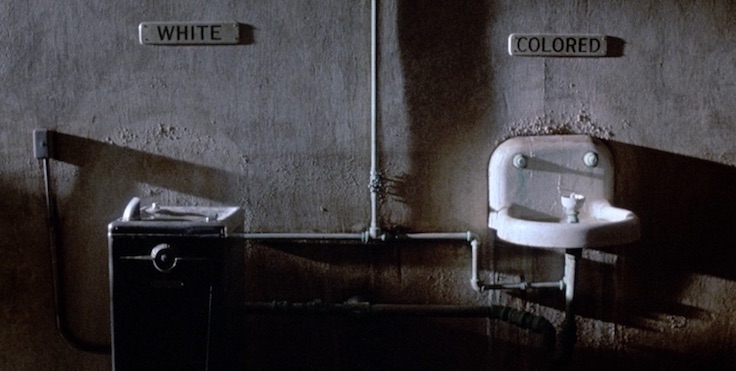 He comes to the pool and pauses there.

“Now you must drink” he says to himself.

He goes to where the spring comes up among the roots of the Sycamore. There is a smooth clear pool there, no bigger than his hat.  He lies down to drink, and drinks, looking down into the tiny pool cupped among the roots, surrounded with stonecrop and moss.

The loveliness of it holds him: the cool water in that pretty place in the shade, the great tree rising and spreading its white limbs overhead.

He rests where he lies, turned away from his drinking more comfortable on the roots and rocks than he expected to be.  Through the foliage he can see white clouds moving along as if mindful where they are going.

All day, Jesus had walked through a dry land.

Can you see the dust rising from his footsteps?

What a human vision this is.

It reminds me of the depression era pictures of the wiry old men walking westward on the edge of the road, trying to escape the Oklahoma dustbowls…

At the end of the day, Jesus and his disciples finally get to a well.  His disciples go to town to find food, but Jesus sits down at the well.

Looking over at the well, Jesus sees that he is not alone.

Jesus calls over to her:

After my mother retired, she started writing.  Each week, my siblings and I received a letter that included within it an installment of her life story.  The following excerpt is from one of those letters.  In this letter she describes a time, in her early twenties, when she was serving as a missionary in southern India:

Charlotte took me walking across the paddy fields – balancing on the ridges between the paddies – to the village.  She explained about the Caste system and how the outcastes could not live in the caste village but had their own place at a safe distance.  Yet those people served the caste village as “sweepers” which was a euphemism from “bathroom attendants.”  There were no flush toilets in the village, so the outcastes did the dirty work of disposing of human waste.  The Caste village had a well.  The Outcaste village depended for water on a surface pond.

The Samaritan woman stops what she is doing.

Who is this man who says “Give me a drink!”?

And many of his followers believed that Jesus came into the world exclusively for the salvation of the Jews.

But by the time the Gospel of John was written there already existed a community of gentiles who believed that Jesus was the Messiah.

And this story comes down to us from the Gospel of John.

Many scholars think that the Gospel of John was written to accomplish a specific task — to transform Jesus from a Jewish Messiah, to a universal Messiah.

This process of turning Jesus from a Jewish Messiah into the world’s messiah, was a process that changed the way the story of Jesus was told.

And that is why the gospel of John is so different from the other three gospels.

The Gospel of John altered our understanding of who Jesus was.

The following are the words of an African-American man named William Minner who grew up in Oklahoma during the height of Jim Crow.

Minner’s story was recorded as part of the Library of Congress’ oral history project entitled “Voices of the Civil Rights.”

We had stopped at a spring. It was a very popular place that both blacks and whites would go to get water. We had waited there for about 30 minutes. But the people ahead of us, they were all white. When we had reached our turn, two white men grabbed my dad. They told him that he’d have to wait until all of the white people were finished.

Dad said, “We’ll get our water another day or we’ll come back.”

They wouldn’t let my dad leave. They said, “You’re going to stay here, and when all of the good white people have gotten their water, and when everyone is gone, then you can do what you want to.”

When all the white people finished getting their water, Dad got his water.

I remember him telling me, “What you saw there was real hatred and prejudice. But this is not going to be forever . . . there’s gonna come a day when this won’t be anymore.”

“Give me a drink,” Jesus says to the Samaritan woman.

But in reply, the Samaritan woman says,

In case the reader doesn’t know why the Samaritan woman asks Jesus this question, the Gospel provides an explanation … Jews, the gospel proclaims … have no dealings with Samaritans.

… Jews have no dealings with Samaritans.

In this story, the Samaritan woman assumes that Jesus is just like the white people from William Minner’s story.

The Samaritan woman assumes that Jesus is just like the caste villager from my mother’s story.

To be Jewish, in this story, is to “have no dealings” with Samaritans.

But in the case of Jesus, it turns out the Samaritan woman is operating under an incorrect assumption.

Jesus may be Jewish, but he is more than what he appears.

John’s gospel is not going to miss this golden opportunity to illustrate just how different Jesus is.

“If you knew the gift of God, Jesus says, and who it is that is saying to you, ‘Give me a drink,’ you would have asked him, and he would have given you living water.”

Apparently, Jesus is not only willing to be served by this Samaritan woman – he is also willing to serve her!

Can you imagine the white people at the spring in Oklahoma serving William Minner’s father?

Can you imagine the villagers in the Caste village serving the outcastes?

This is hard to imagine.

But Jesus breaks these boundaries with ease.

He tells the Samaritan woman: I’ve asked you for a drink, but if tables were turned and you had asked me for a drink, I would’ve given you living water.

One: Jesus is the messiah who gives eternal life, and…

Two: Jesus is the Messiah for everyone, not just the Jews.

In April of 2014, in an effort to cut costs, the city of Flint Michigan, switched its municipal water supply to the Flint river.

Despite official statements claiming that the water from the Flint River was safe, it was not.

For months, people in Flint were drinking and bathing and cooking with water that had high concentrations of lead.

Melissa Mays is a mother who lives in Flint.  These are her words: 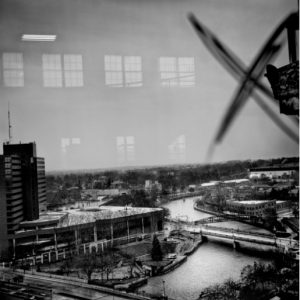 Our water was switched to the Flint River in April 2014.  About July 2014 we started noticing the water smelled terrible.  It was turning yellow and blue.  We started developing skin rashes, hair loss, fatigue and muscle soreness.  It just kept getting worse and worse over time.  Tests showed that everyone in my family has long-term heavy metal poisoning, anemia, issues of memory loss and brain fog, and just overall fatigue.  It’s gotten to the point where it’s taking over entire life.  When we’re not at the doctor we’re in bed.  We are worried about bone loss, bone breakage, and dental issues because your teeth start to crumble when you have lead poisoning.  So we are extremely concerned how the future is going to be because we were exposed for so long.  It’s been 20 months now and our water is not safe.

The theologian, Paul Tillich has said that God can be understood as “ultimate concern.”

We humans spend our lives in search of the things in that are, without question, the most important things without which we cannot live.  Tillich says that when we find these things, we find our ultimate concern – and we have found God.

Is it any wonder, then, that when Jesus Christ used water to show that he was the Messiah for everyone?

Of course he did.

At birth, the human body is almost 80% water.

We are living water.

This is why both Jesus and the Samaritan woman were at that well on that day, so many centuries ago.

That is why, the most violent systems of social oppression – like Jim Crow, the caste system, and municipal negligence — cannot stop humans from returning to the water source.

When we return to the water source…

We are returning to life.

This truth vibrates at our deepest core.

Life touches our souls when we hear the falling rain

Life trembles in the air when we hear the grumble of distant thunder.

When Solomon dedicated the temple of Jerusalem to God he said:

“Teach your people the right way to live, and send rain on the land”

And when Jesus, the walking man, came to the well after a long days walk, he recognized a friend in the Samaritan woman and said:

“Give me a drink”

Give me a drink Lord

Give me a drink of water.